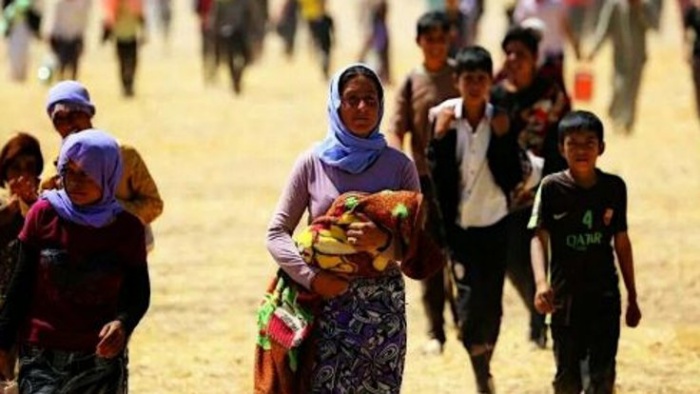 Turkish journalist Hale Gönültaş received a phone call on Monday during which she was told to “watch her step” after she wrote a story about the sale of a Yazidi girl in Ankara by Islamic State in Iraq and the Levant (ISIL) terrorists, the gazeteduvar news website reported on Monday.

Gönültaş works for gazeteduvar, and her article, titled “ISIL sold Yazidi girl in Ankara,” was posted on the news website last week.

Gazeteduvar reported that Gönültaş received a call on Monday from an unknown person who told her: “Jihad will come to this homeland. Watch your step.”

The caller was a man who spoke fluent Turkish, according to Gönültaş.

In her story, which Gönültaş wrote on the occasion of the fourth anniversary of a massacre perpetrated by ISIL against Yazidis in Iraq’s Sinjar district, the journalist said ISIL sold a Yazidi girl in Ankara two weeks ago and that 3,500 Yazidi women are still missing.

The journalist’s lawyer said the necessary legal action would be taken to identify the person who threatened her.

Gönültaş received similar threats in the past due to her stories on the plight of the Yazidis.