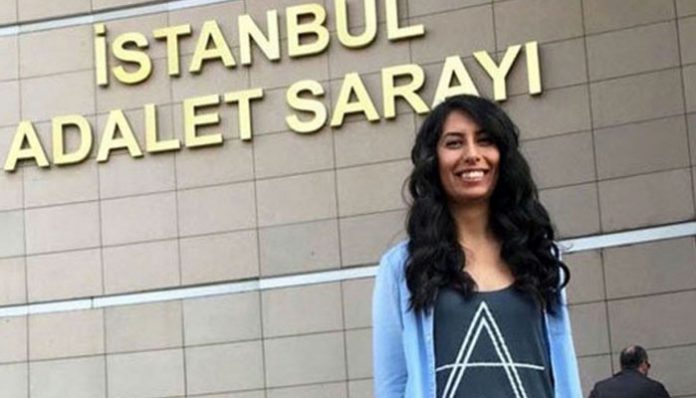 An İstanbul court has handed down a sentence of two years, three months to Cumhuriyet daily justice reporter Canan Coşkun on charges of endangering the personnel working in counterterrorism operations due to a report she wrote.

Coşkun was given the jail sentence during a hearing at the İstanbul 26th High Criminal Court on Thursday because she wrote the name of a prosecutor in one of her reports.

The court did not suspend the journalist’s jail sentence or reduce it.

In her defense, Coşkun denied the charges and said she would continue to perform her job in the only way she knows because she believes it is necessary for “social memory.”

Turkey is the biggest jailer of journalists in the world. The most recent figures documented by the Stockholm Center for Freedom (SCF) show that 243 journalists and media workers were in jail as of June 27, 2018, most in pretrial detention. Of those in prison 184 were under arrest pending trial while only 59 journalists have been convicted and are serving their time. Detention warrants are outstanding for 143 journalists who are living in exile or remain at large in Turkey.

Detaining tens of thousands of people over alleged links to the Gülen movement, the Turkish government also closed down some 200 media outlets, including Kurdish news agencies and newspapers, after a coup attempt in Turkey on July 15, 2016.