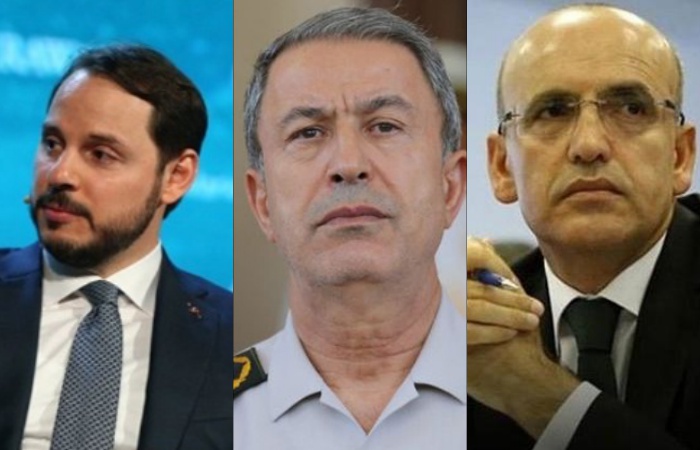 Turkish President Recep Tayyip Erdoğan named the members of his Cabinet after taking the presidential oath on Monday under a new system of governance that is criticized by many for granting Erdoğan sweeping executive powers.

In a development that surprised many, Turkey’s army chief, Gen. Hulusi Akar, has been named defense minister in the new Cabinet.

Akar, who was briefly taken hostage by putschists on the night of a failed coup attempt in Turkey on July 15, 2016, is known to be a close ally of Erdoğan.

He will be the first chief of general staff in Turkey to resign from this post to serve as a minister.

Erdoğan’s son-in-law Berat Albayrak, who was energy minister in the previous Cabinet, has been named minister of treasury and finance in the new Cabinet.

Albayrak will deal with the Turkish economy at a time when it is experiencing high inflation, a declining currency and twin current account and budget deficits.

“One of the most important democratic transformations of our country in its history has been successfully completed today,” Erdoğan said before announcing the members of the Cabinet.

A long-time chief advisor of Erdoğan, Mustafa Varank, has been named minister for industry and technology in the new Cabinet.

One of the two female members of the Cabinet is Zehra Zümrüt Selçuk, who has been named minister of labor, social services and family, while the other is Ruhsar Pekcan, who has become minister of trade.

Mehmet Şimşek, who for a long time was responsible for the Turkish economy, was not given any position in the new Cabinet.