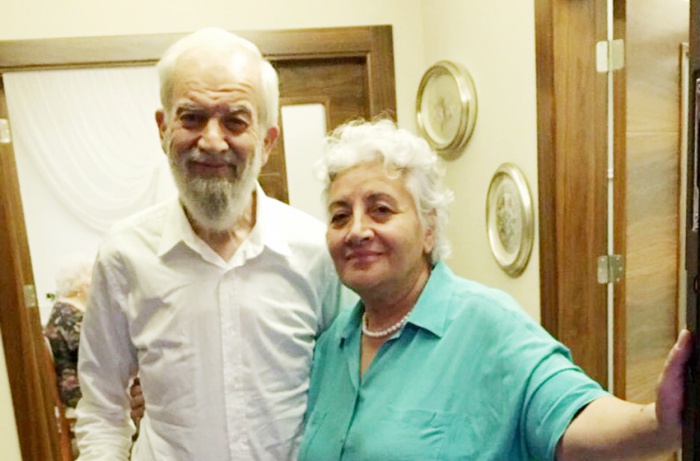 Ahmet Turan Alkan, a columnist for the now-shuttered Zaman newspaper, arrived home after his release by an İstanbul court on Friday, Kronos reported.

A photo of Alkan with his wife at their home was shared by Reporters Without Borders’ (RSF) Turkey representative on Twitter.

According to the ruling, Mümtaz’er Türköne and Mustafa Ünal received sentences of 10 years, six months, while İbrahim Karayeğen was given nine years.

The court also decided to release Alkan and Karayeğen pending appeal. The incarceration of Türköne and Ünal will continue.

International organizations including the Organization for Security and Co-operation in Europe (OSCE), Amnesty International, Human Rights Watch (HRW), Reporters Without Borders (RSF), the Committee to Protect Journalists (CPJ) and the International Press Institute (IPI) have reacted strongly against the rulings, calling for the immediate release of the journalists.

In a statement RSF summarized the court cases against the Zaman journalists:

“The charges against the columnists stem essentially from their work for Zaman, the country’s highest-circulation daily before it was placed under state control, and then shuttered by decree in 2016. Its editorial policy had favoured the Gülen movement, a former government ally that was then accused of having orchestrated the coup attempt of July 2016. That was enough to accuse anyone who worked for Zaman of ‘membership in a terrorist organization’ or of ‘attempting to overthrow the government and constitutional order.’ These charges were filed without slightest evidence of individual participation in violent acts or attempts to justify them. In the logic of the charges, if the columnists covered scandals in which the government was implicated, or criticized its drift toward authoritarianism, the goal was to create a ‘perception’ favouring a coup.”

Turkey is ranked 157th of 180 countries in RSF’s 2018 World Press Freedom Index. Some 150 media organizations have been closed, mass trials were held and the country holds the world record for imprisoned journalists.