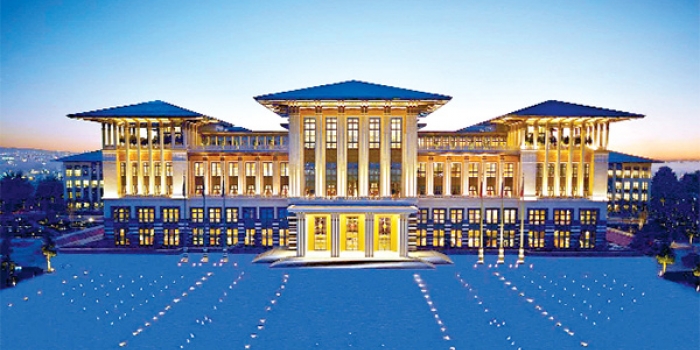 With the start of a new presidential system in Turkey on Monday, President Recep Tayyip Erdoğan will appoint hundreds of important bureaucrats from a pool of CVs sent to his office, Deutsche Welle reported on Friday.

According to the report, people who want to work in state posts in the new presidential system will send their CVs to the Presidential Human Resources Office. Erdoğan will make appointments to some 500 top state posts from the pool of the CVs. A five-year contract will be signed with the appointed bureaucrats.

In the new system all deputy positions including deputy undersecretaries and deputy general managers will be abolished within the bureaucracy, with the exception of the post of deputy minister. Bureaucrats in positions above heads of departments in ministries and other state institutions will be appointed by Erdoğan.

The new presidential system, which was approved in a referendum in April 2017, grants Erdoğan, who won re-election on June 24, sweeping new powers.

Turkey’s Parliament will convene on Saturday for the swearing-in of newly elected lawmakers, which will be followed by President Erdoğan’s inauguration on July 9.

Following the oath-taking ceremony, Erdoğan will issue the first presidential decree by which the new ministries will be formed and presidential organizations will be established under the president’s authority.