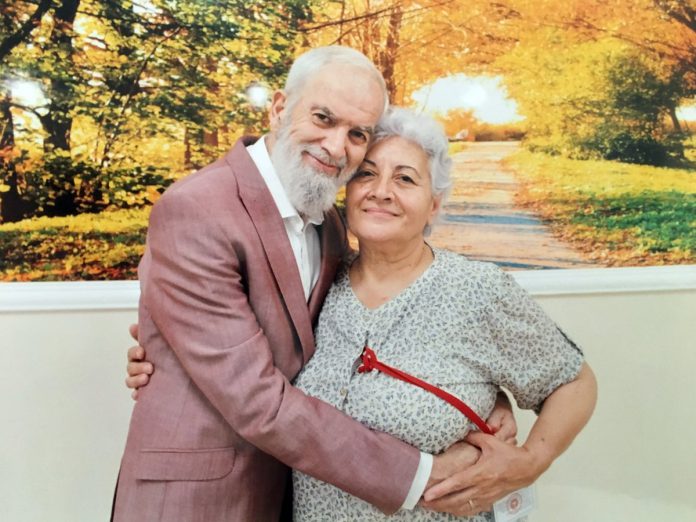 A photo of Ahmet Turan Alkan, a columnist from the now-closed Zaman daily, with his wife during an open visit at Silivri Prison, where he has been jailed for almost two years, has been shared from the columnist’s Twitter account.

The photo, which was posted on Wednesday, shows him embracing his wife, Süheyla, with a smile on both their faces.

There is a note below the photo saying it was taken by the prison administration.

The Zaman daily, once Turkey’s best-selling newspaper, was closed down along with dozens of other media outlets due to their links to the Gülen movement, which is accused by Turkey’s Justice and Development Party (AKP) government of masterminding the failed coup attempt.

During the latest hearing of his trial at the İstanbul 13th High Criminal Court on June 8, Alkan said during the 23 months he has spent in jail, state organs have found no evidence against him other than his articles and that two years of his life have been stolen from him.

Alkan said the reason he is standing trial is his articles about the Dec. 17-25, 2013 corruption probes in which then-Prime Minister Recep Tayyip Erdoğan’s close circle was implicated.

“If you want to try me and seek an aggravated life sentence, then you should come with perfect, new, unquestionable evidence, not rumors found in the garbage of the Internet,” Alkan said, adding that he will not apologize to the government for “the trouble he caused” with his articles.