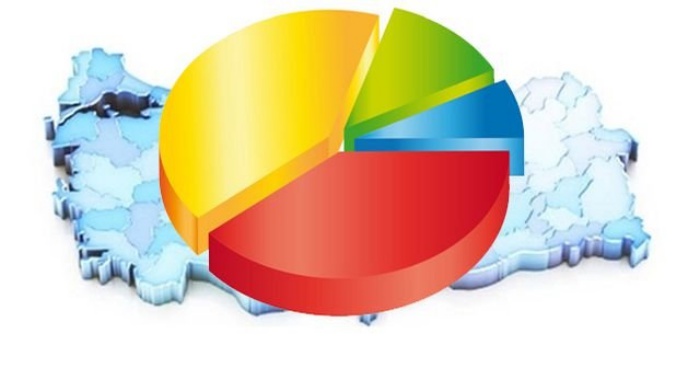 A recent opinion survey conducted by the Piar polling company 48 hours ahead of presidential and general elections on Sunday indicated that Turkish President Recep Tayyip Erdoğan may lack eight point to win a majority in the first round of votes, while his party and election ally may lose its majority in parliament as well, the Cumhuriyet daily reported on Saturday.

The poll also showed that support for Erdoğan’s ruling Justice and Development Party (AKP) in the parliamentary elections was at 37 percent; the CHP, 23.4 percent; the İYİ Party, 15.7 percent; the HDP, 14.1 percent; Nationalist Movement Party (MHP), 6.5 percent; the SP, 3 percent; and the others garnered 0.3 percent.

Contrasting with Piar’s poll, a survey conducted by the KONDA polling company between June 9 and 10 shows that Erdoğan will win with 51.9 percent of the vote in the first round of the presidential election on Sunday.

Compared to a previous KONDA poll in May, Erdoğan lost 1.4 percent of his support, down from 53.3 percent, while his rival CHP candidate İnce jumped from 23.4 to 28 percent support. Other candidates, Akşener, Demirtaş and the Karamollaoğlu garnered 10.2, 9 and 0.7 percent of the vote, respectively.

According to media report on Thursday, another poll conducted by the Gezici polling company between June 16 and 17 on 1,812 people in 12 provinces, 34 districts and 92 neighborhoods, indicates that Erdoğan garnered 48 percent support in the first round of votes, whereas İnce had 29.1 percent Akşener had 11.4 percent, Demirtaş had 10 percent and Karamollaoğlu had 1.2 percent.

The Mediar polling company’s public opinion survey conducted by between May 22 and 23 on 4,268 people in 26 provinces showed that Erdoğan may have 43.50 percent support in the first round of votes, whereas İnce had 22.20 percent; Akşener, 19.31 percent; Demirtaş, 12.79 percent; and Karamollaoğlu, 1.61 percent.