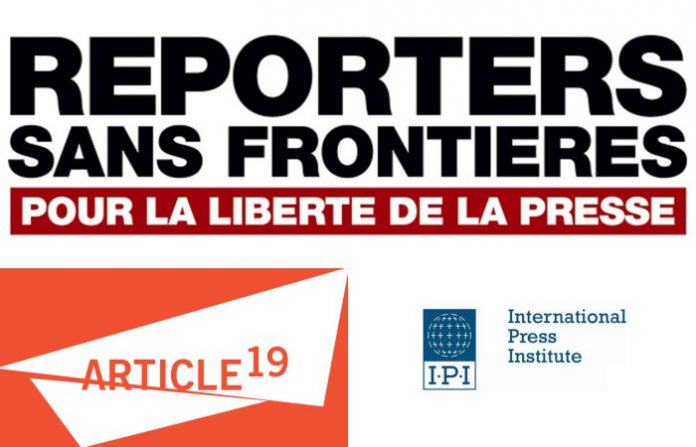 ARTICLE 19, the International Press Institute (IPI) and Reporters Without Borders (RSF) have reiterated a call for the acquittal of all defendants in the trial of 19 former Zaman daily journalists and the immediate release of four of them who are still being held in pretrial detention, saying that “the prosecutor has failed to produce sufficient evidence in this manifestly political case.”

The international press freedom organizations observed the fifth hearing at the Istanbul 13th High Criminal Court where the journalists are standing trial on various coup or terror-related charges, with five of them facing aggravated life sentences, or prison without the possibility of parole.

The Zaman daily, which was Turkey’s best-selling newspaper, was closed down along with dozens of other media outlets due to their links to the Gülen movement, which is accused by Turkey’s Justice and Development Party (AKP) government of masterminding the failed coup attempt in July 2016.

“ARTICLE 19, IPI and RSF repeat their call for all defendants to be acquitted and the remaining four detained defendants to be released in light of the political nature of the trial, the violations of the right to freedom of expression acknowledged by the Constitutional Court and the European Court of Human Rights, and insufficient evidence in general,” said a statement issued by the press freedom groups on Tuesday.