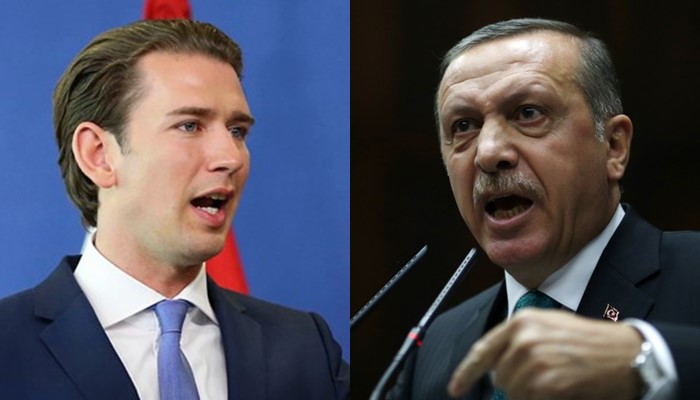 “The Austrian move targeting Muslims, mosques and houses of worship is only the exposed face of Islamophobia and racism in Europe. I am calling on Europe, more precisely the Austrian prime minister: You are young. You need experience. Your move and apprenticeship can create many problems for you,” Erdoğan said during an election rally in the Esenler district of Istanbul.

“Closing a mosque and deporting its clerics may create a new crusader-crescent war for which you will be responsible,” he added.

Erdoğan also called on Germany to pressure ‘its man’ to stop his move.

Kurz announced on Friday that Austria would close seven mosques and expel an unspecified number of imams under a law passed in 2015 that forbids foreign sponsorship of mosques and their clergy.

One of the mosques to be closed belongs to the Turkish-Islamic Cultural Association (ATİB), Austrian Interior Minister Herbert Kickl said, adding that the residence permits of 40 imams from ATİB, which is close to Turkey’s ruling Justice and Development Party (AKP), were under scrutiny.

Kurz said the decision to close the Turkish mosque was made after children’s impersonation of soldiers and martyrs inside the mosque during a play telling the story of the Gallipoli War.

Photos of the play were published in the media in April, sparking an angry reaction from Kurz.

“Parallel societies, political Islam and tendencies toward radicalization have no place in our country,” Kurz said at the time.

Aide to the Turkish president İbrahim Kalın reacted to Kurz’s announcement via Twitter, saying that the decision “is a reflection of the Islamophobic, racist and discriminatory wave in this country.”

“It is an attempt to target Muslim communities for the sake of scoring cheap political points,” Kalın tweeted.

“Efforts to normalize Islamophobia and racism must be rejected under all circumstances,” he added.