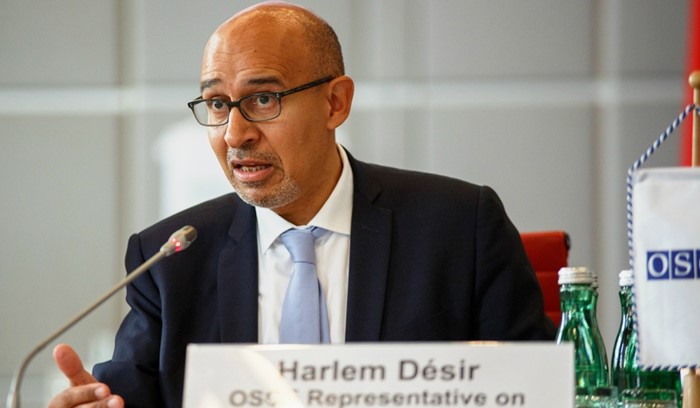 Harlem Désir, representative on freedom of the media for the Organization for Security and Co-operation in Europe (OSCE), has reiterated his call to Turkey to release all journalists behind bars as the trial of 11 former columnists and editors of the now-closed Zaman daily resumed at an İstanbul high criminal court on Thursday.

“Today, I am following the trial of several former Zaman journalists. I repeat my call on Turkey to respect freedom of the media and drop the severe terrorism charges against journalists including #AhmetTuranAlkan and #ŞahinAlpay,” Desir tweeted on Thursday.

A high criminal court in the western Turkish province of Uşak on May 11 ruled for the continuation of the arrest of former Zaman daily columnist Ali Ünal, who was jailed in the aftermath of a failed coup in Turkey on July 15, 2016.

The Zaman daily, which was Turkey’s best-selling newspaper, was closed down along with dozens of other media outlets due to their links to the Gülen movement, which is accused by the Turkish government of masterminding the coup attempt.

Désir also on April 26 tweeted: “i insisted: in #Turkey, 2 years after the coup attempt, the situation is far from return to normal. Nothing can justify that so many journalists are still behind bars or indicted under baseless and false accusations,” adding, “I call on #Turkey to reconsider the situation of all concerned journalists and to release them without waiting for another decision by European Court of Human Rights which already ruled against detention of several Turkish journalists.”

Turkey, which has jailed more than 250 journalists and media workers, is ranked 157th among 180 countries in the 2018 World Press Freedom Index released on April 26 by Reporters Without Borders (RSF).

Turkey is the biggest jailer of journalists in the world. The most recent figures documented by the Stockholm Center for Freedom (SCF) show that 259 journalists and media workers were in jail as of April 21, 2018, most in pretrial detention. Of those in prison 200 were under arrest pending trial while only 59 journalists have been convicted and are serving their time.

Detention warrants are outstanding for 141 journalists who are living in exile or remain at large in Turkey.

Detaining tens of thousands of people over alleged links to the Gülen movement, the government also closed down about 200 media outlets after the coup attempt in July 2016.