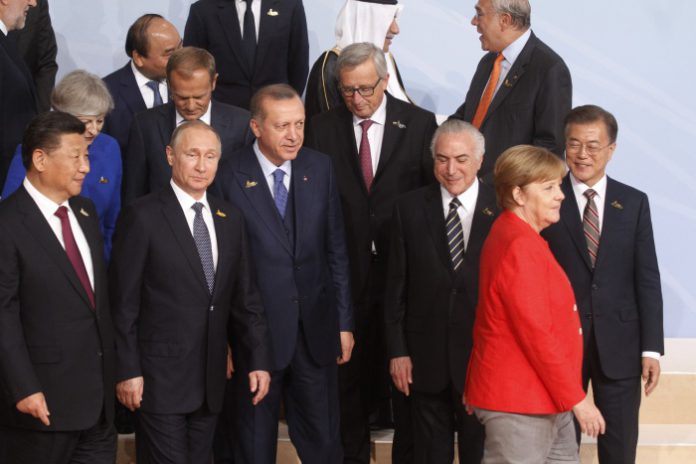 As Turkish government officials frequently blame foreign actors for negative events in the country, the results of a recent public survey have shown that an overwhelming majority of the country’s people sees the US and the EU as Turkey’s enemies, the Cumhuriyet daily reported on Wednesday.

The survey was conducted by the Varyans Araştırma (Research) company across 25 provinces with the participation of 4.200 people in face-to-face interviews between May 23 and 26.

Relations between Turkey and the US, which are supposedly strategic allies, are tense due to the US refusal to extradite Islamic cleric Fethullah Gülen to Turkey, the imprisonment of US citizens in Turkey on what many say are politically motivated charges and the US’s moving of its embassy to Jerusalem last month.

Gülen, who has been living in the US since 1999, is accused by the Turkish government of masterminding a failed coup attempt in Turkey in July 2016, although the cleric and the movement he inspired strongly deny any involvement.

The US says it is up to the courts to decide on the Gülen extradition request and that Turkey must provide concrete evidence to prove its claims about Gülen’s involvement in the coup attempt.

Another question in the survey asked respondents about Turkey’s relations with Germany, with 82.2 percent seeing the country as an enemy of Turkey and only 8.6 percent saying Germany is Turkey’s friend.

Turkey’s relations with some EU countries such as Germany, Austria and the Netherlands have been strained because these countries refuse to allow Turkish government officials to campaign for Turkish elections within their borders. There are several million Turks living in EU countries who are eligible to vote in elections in Turkey.

Turkey is also angry at some EU countries, mainly Germany, for granting asylum to followers of the Gülen movement who fled an ongoing government crackdown on the group in Turkey.

NATO, of which Turkey is a member, is also seen as an enemy by most Turks. A total of 73.8 percent of respondents in the survey said NATO is not a friend of Turkey, while 14.6 percent voiced the opposite view.

Turkish people even have a negative perception about countries that enjoy close relations with Turkey.

For example, 67.1 percent of Turks believe Russia is not a friend of Turkey, while 23.3 percent say the opposite.

Turkey signed an agreement with Russia in December 2017 to purchase Russian S-400 surface-to-air missile batteries, finalizing a deal that deepened military ties between NATO member Turkey and the Kremlin.

The deal, reportedly worth some $2.5 billion, has worried the West because the system cannot be integrated into NATO’s military architecture.

Turks also have a negative perception about Iran, which was once described as a  “second home” by Turkish President Recep Tayyip Erdoğan, as 64.4 percent believe Iran is not a friend of Turkey, while 22.8 percent have the opposite opinion.