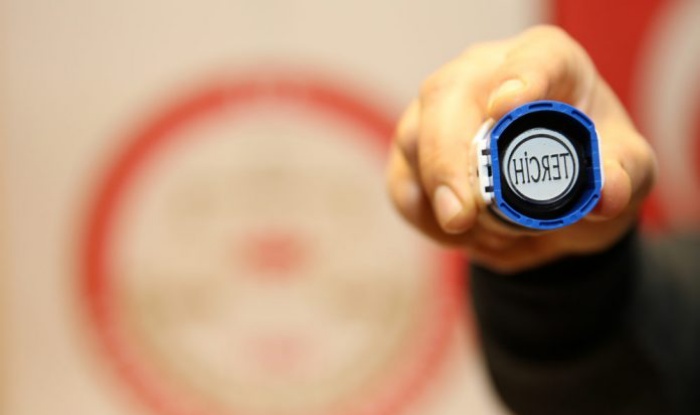 A public opinion poll conducted by the Mediar polling company indicates that Turkish President Recep Tayyip Erdoğan may not win a majority in the first round of votes in the presidential election on June 24, while Muharrem İnce among opposition party candidates is expected to challenge Erdoğan in the second round, the Cumhuriyet daily reported on Thursday.

According to the poll, which was conducted between May 22 and 23 on 4,268 people in 26 provinces, Erdoğan garnered 43.50 percent support in the first round of votes, whereas Republican People’s Party (CHP) candidate İnce had 22.20 percent, İYİ (Good) Party candidate Meral Akşener had 19.31 percent,  Peoples’ Democratic Party (HDP) candidate Selahattin Demirtaş had 12.79 percent, Felicity Party (SP) candidate Temel Karamollaoğlu had 1.61 percent and the ultranationalist Homeland Party (VP) candidate Doğu Perinçek had 0.60 percent.

Another opinion poll conducted by the SONAR polling company between May 7 and 17 on 3,000 people in 26 provinces showed that Erdoğan may have 42 percent support in the first round of votes, whereas CHP candidate İnce had 21.91 percent, İYİ Party candidate Akşener had 21 percent, HDP candidate Demirtaş had 11.01 percent, SP candidate Karamollaoğlu had 2.10 percent and VP candidate Perinçek had 1.98 percent.

Both polls indicate that the total share of the opposition alliance between the CHP, İYİ Party and SP candidates could overtake Erdoğan.

If the HDP, İYİ and SP electorates lend support, Ince has the potential to win against Erdoğan in the second round of votes, which will be held on July 8.