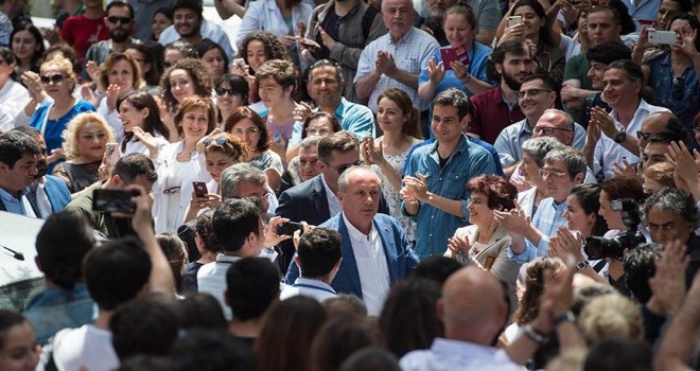 The dean of İstanbul University’s Cerrahpaşa Faculty of Medicine, Professor Alaattin Duman, who was removed from his post several hours after Turkey’s main opposition Republican People’s Party (CHP) presidential candidate Muharrem İnce paid a visit to the campus on Thursday, had been told to prevent İnce’s visit or suffer the consequences, according to a report in the Birgün daily on Friday.

İnce held a public meeting at the Cerrahpaşa campus early on Thursday and vowed to abolish a government-sponsored law to establish 20 new universities across Turkey by dividing up some of the existing universities. Hundreds of students, academics and personnel attended the gathering.

Duman was removed from his post by the İstanbul University rector’s office upon an order from the country’s Higher Education Board (YÖK) on Thursday night.

According to Birgün, the head of the private security company at the campus, Ali Nergis, threatened Duman before İnce’s visit, telling him: “You cannot let Muharrem İnce in here. If you do so, you will have to suffer the consequences.”

CHP deputy Ali Şeker, who accompanied İnce during his visit to Cerrahpaşa, tweeted that both Duman and the assistant deans had been threatened over İnce’s visit.

Şeker said it was unacceptable for the head of a private security company to threaten an academic.

Erdoğan has attracted widespread criticism for using state resources for his presidential campaign while leaving no room for the candidates of the opposition to run their campaigns freely.