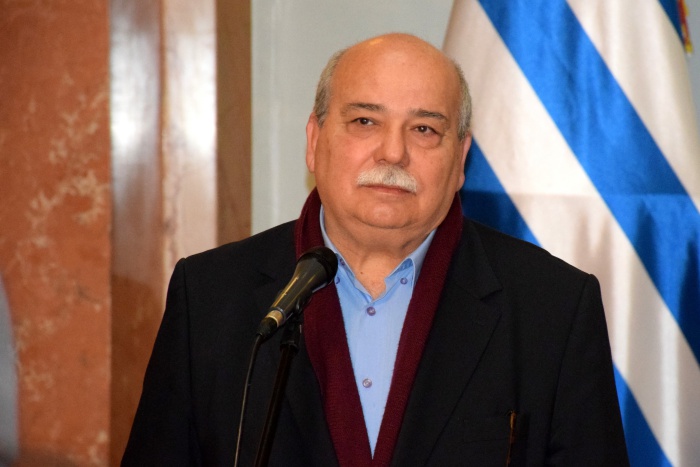 The two soldiers, who say they lost their way in inclement weather, were charged with espionage after crossing the border on March 2, 2018.

Voutsis visited the soldiers at the F-type prison in the northwestern province in Edirne for a meeting that lasted for around an hour.

During the meeting, Voutsis told them they have the universal support of the Greek people and of the country’s state and political leadership for their unfair detention, according to The Greek Observer.

“The demand for their immediate release is now more pressing and realistic than ever before,” Voutsis stated as he emerged from the maximum security prison after the meeting. With every day that passes, he added, those responsible for causing and extending the unacceptable situation at the expense of the two young people discredited themselves in the eyes of international public opinion and the Greek people.

“We saw two young people, Lieutenant Aggelos Mitretodis and Sergeant Dimitris Kouklatzis, we spoke easily with them. They are in a place where they should not be, possibly not for a single day, and that is known. We passed on to them the things that all Greeks say, from the president of the republic and the prime minister to the ordinary citizen: that we understand the degree of courage and responsibility they are showing, that they send a message through their attitude and their mien, which is important for Greece, given that they are being held without cause,” Voutsis said.

A court in Edirne on April 25 ordered the continued detention of the Greek soldiers. The court based its decision on digital materials found on the soldiers, their lack of a permanent residence in Turkey, and “concrete evidence” suggesting they would flee.

A Turkish municipal worker was detained by Greek border troops on May 2 after he accidentally crossed the border while driving an excavator on the Greek side of the border. A Greek court on May 3 had initially sentenced the worker to five months in jail, but he was deported to Turkey on May 5 and fined 1,500 euros.