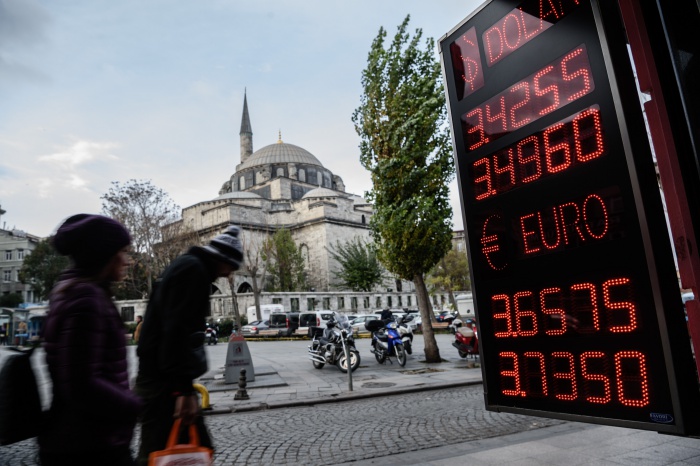 According to a recent poll, 42.1 percent of the Turkish public believes that the loss in value of the Turkish lira against the US dollar is part of “a plot against Turkey devised by foreign powers.”

The MetroPoll polling company on Thursday revealed an excerpt from its recent report, titled “Turkey’s Pulse April 2018,” showing how the Turkish public has reacted to the lira’s recent slide.

While 42.1 percent blamed foreign powers, only 24.8 percent saw the incumbent government as responsible. Eighteen percent said the reason for the lira’s decline was negative developments in the world economy, whereas 9.2 percent attributed the weak foundations of the Turkish economy.

Among those who believed there was a plot against Turkey, 20 percent are Republican People’s Party (CHP) voters, while 58.5 percent of them support the ruling Justice and Development Party (AKP).

However, 71.4 percent of those surveyed thought the loss in value of the lira affected them negatively.