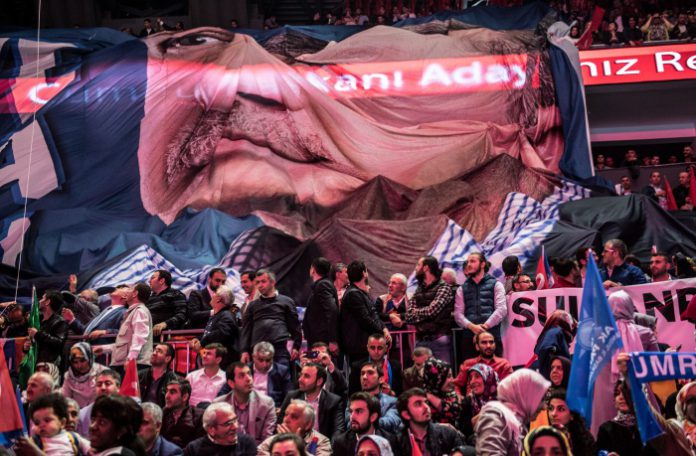 Eight people related to Turkish President Recep Tayyip Erdoğan by blood or marriage appear on a list of 193 delegates to the Istanbul congress of his ruling Justice and Development Party (AKP), the Ahval news website reported, citing a story by t24.

The AKP Istanbul congress, slated to take place at the end of June, is expected to be pushed back to August or September due to parliamentary and presidential snap elections on June 24.

A total of 193 delegates have been determined for the AKP Istanbul congress, the secular Cumhuriyet daily reported.

Other names on the list include former mayor of Istanbul Kadir Topbaş, who resigned from his post last year upon a request from Erdoğan, along with former EU Affairs Minister Egemen Bağış, whose name was mentioned in the US prosecution of Turkish banker Hakan Atilla for his part in a scheme to bypass sanctions on Iran.