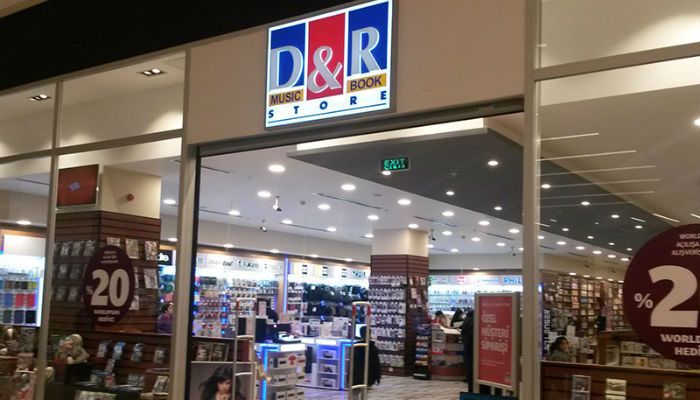 The sale of D&R came shortly after the Doğan Media Group, owned by businessman Aydın Doğan, was sold to the pro-government Demirören Group last month.

A statement from Doğan Music Book Stores Marketing on Friday said a preliminary agreement has been reached with Turkuvaz for the sale of D&R stores at a price of TL 440,000,000. D&R has 157 stores across 30 Turkish provinces.

The Turkuvaz Media Group is led by Serhat Albayrak, who is the brother of Berat Albayrak, the son-in-law of Turkish President Recep Tayyip Erdoğan and Turkey’s energy minister.

The group runs media outlets such as the Sabah and Takvim dailies as well as the A Haber and ATV TV stations.

The media group also operates T&K Bookstores, formerly known as NT Bookstores and owned by Kaynak Holding, which was seized by the Turkish government in late 2015 due to its links to the Gülen movement.

NT Bookstores was sold to the Turkuvaz Media Group following a failed coup attempt in Turkey in July 2016.

The government accuses the Gülen movement of masterminding the attempted coup, although the movement strongly denies any involvement.

The Doğan Media Group, which has played an influential role in the recent history of the Turkish Republic by shaping the nation’s agenda and sometimes siding with the Turkish military against democratically elected governments, has in past years received heavy criticism for bowing to pressure from the AKP and endorsing its anti-democratic policies out of fear of being taken over by the AKP government.

Since the AKP came to power in 2002, the Doğan Media Group has faced threats and pressure from the government, with former Prime Minister and now President Recep Tayyip Erdoğan targeting the media group in public on many occasions.

In 2009, the Finance Ministry’s tax authority fined firms controlled by the Doğan Group TL6.8 billion (around $4.5 billion) for unpaid taxes. The record tax fine was seen at the time as politically motivated and raised media freedom concerns in the country.

Erdoğan publicly criticized Aydın Doğan in 2009 and called on his party’s supporters to refrain from buying his group’s newspapers.

Doğan claimed it faced the unprecedented tax penalties because of its newspapers and television stations’ critical coverage of the government in 2008, particularly over corruption allegations.

The AKP government has taken over or closed down hundreds of media outlets in the country including Turkey’s best-selling newspaper, Zaman, and has jailed around 200 journalists due to their critical views.