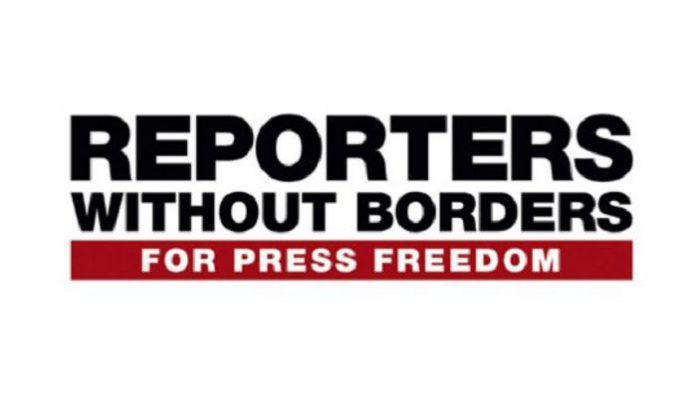 Reporters Without Borders (RSF) has written a letter to European Union leaders in advance of an EU-Turkey summit in Varna, Bulgaria, on March 26 asking them to press Turkish President Recep Tayyip Erdoğan for the restoration of pluralism in Turkey, the lifting of a state of emergency in effect since a coup attempt in July 2016 and the release of all wrongfully imprisoned journalists.

During the ongoing state of emergency more than 50,000 people have been jailed while 150,000 others have been removed from state posts under the pretext of an anti-coup fight.

There are also around 200 journalists in jail, while the media is strictly controlled by the government with the closure of dozens of critical media outlets after the coup attempt.

The full text of the RSF letter is as follows:

As you prepare to meet with President Erdoğan in Varna on 26 March, you must be aware of the unprecedented crackdown on journalists and media outlets in Turkey, which is ranked 155th out of 180 countries in RSF’s latest World Press Freedom Index. The Turkish government’s witch hunt against critical media has climaxed since the July 2016 coup attempt.

The state of emergency in effect since then has allowed the authorities to liquidate around 150 media outlets at the stroke of pen, reducing pluralism to a handful of low-circulation newspapers, including the dailies Cumhuriyet (recipient of the RSF Press Freedom Prize in 2015), Sözcü and BirGün, which are the targets of growing harassment. This week’s acquisition of the Doğan media group by the pro-government conglomerate Demirören completes the subjugation of the mainstream media. Government propaganda now dominates the media landscape.

Turkey is again the world’s biggest prison for media professionals. Criticizing the authorities, working for a “suspect” media outlet, contacting a sensitive source or using an encrypted messaging service often suffices for a journalist to be imprisoned without the judicial system feeling the need to prove any individual involvement in criminal activity.

The Turkish courts recently refused to heed several rulings by the constitutional court, the country’s highest court, ordering the immediate release of imprisoned journalists. Their refusal “runs counter to the fundamental principles of the rule of law and legal certainty,” the European Court of Human Rights said this week.

After being held provisionally for more than a year, journalists are starting to be convicted. The first media figures to be accused of complicity with the coup attempt, the well-known journalists Ahmet Altan, Mehmet Altan and Nazli Ilicak, were sentenced last month to life imprisonment with no possibility of a pardon. A few days later, 25 of their colleagues also received prison sentences. Verdicts are expected soon in the case of 31 former Zaman employees, who will appear in court on 5 April, and in the case of 17 Cumhuriyet employees, whose trial will resume on 24 April.

Censorship of the Internet and social networks has also reached unprecedented levels. The chronic blocking of many news websites and the frequent social network slowdowns have now been compounded by frequent arrests of Internet users and the blocking of access to censorship circumvention tools (VPNs and the Tor Network). Hundreds of Internet users have been arrested since mid-January for criticizing Turkey’s offensive in Syria’s Afrin region.

We cannot overstate the degree to which these policies are fraught with peril, including for the EU. Carried out in the name of combatting terrorism, they dangerously increase the country’s instability, which has already been exacerbated by the region’s geopolitical crisis. By raising the political climate to fever pitch and by preventing a democratic debate among the different sectors of the population, President Erdoğan is accentuating the deep divisions in a very polarized society. By undermining the foundations of Turkish democracy and shrinking the sources of independent news and information, he has turned his country into an unpredictable and unreliable partner for Europe.

We ask you to make it clear to President Erdoğan that Turkey cannot expect any progress in its relations with the EU as long as the authorities continues to trample on press freedom and the rule of law. We fully understand the need to cooperate with Ankara on certain issues but a conditional approach must prevail more than ever in bilateral relations. Although the Turkish authorities claim, for example, to have satisfied all the criteria for Turkish citizens to enjoy visa-free travel within the EU, they still have not amended their terrorism legislation, which continues to be widely used to persecute critics.

We count on you to firmly ask President Erdoğan to restore pluralism, lift the state of emergency and immediately free all journalists who have been imprisoned without evidence of individual involvement in a crime recognized by international law. The rulings of Turkey’s constitutional court and the European Court of Human Rights on Şahin Alpay and Mehmet Altan must be implemented without delay. We also ask you to increase EU support for Turkish civil society and independent journalists. They are resisting with determination but the battle is an unequal one. They need help more than ever.

We thank you in advance for the attention you give to this letter and we are at your disposal should you need more detailed information.