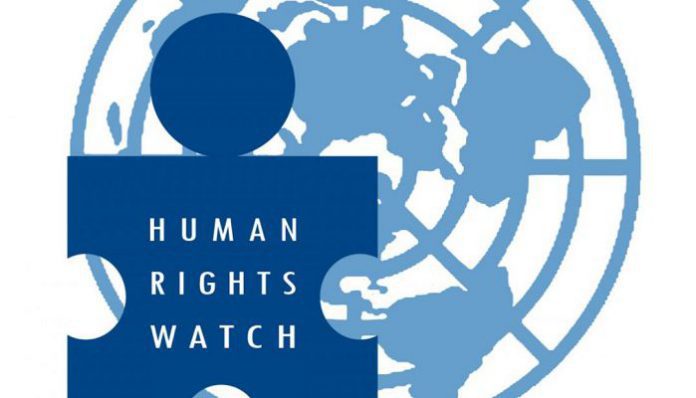 A recent Human Rights Watch (HRW) report has alleged that Turkey has been carrying out mass deportations of Syrians, calling on the European Union to raise the issue at a conference in Bulgaria on March 26, according to the InfoMigrants website.

In the Turkish town of Antakya, only 30 kilometers from the Syrian border, newly arrived Syrian asylum seekers have been deported to Idlib, the last rebel stronghold in Syria, Human Rights Watch said in a news release today.

These deportations were witnessed by Syrians on the ground that HRW interviewed. The organization also claims that Turkish border guards have shot at Syrians who tried to enter Turkey using smuggling routes, with some of the asylum seekers dying.

Idlib is the last remaining major city in Syria that the rebel groups control. In December, Syria and its ally Russia launched a bombing campaign to clear out the city, which according to the United Nations “has displaced almost 400,000 civilians.” These airstrikes have displaced Syrians in Idlib, and some have decided to flee to Turkey with the help of human smugglers. Parts of the city are also controlled by Hayat Tahrir Al Sham, a Syrian affiliate group of al-Qaeda.

HRW interviewed 21 Syrians who tried to cross into Turkey with smugglers. The report states that nine of the Syrian interviewed described “10 incidents between September and early March in which Turkish border guards shot at them or others ahead of them as they tried to cross, killing 14 people, including five children, and injuring 18.”

One of the eyewitnesses interviewed said that he and other Syrian asylum seekers were intercepted trying to cross into Turkey. He told HRW that “the border guards gave the people they had intercepted trying to cross from Syria numbers and his was 3,890.” Another woman, from the Hama governorate, was deported six times with “groups she estimated to be between 50 and 600 other Syrians.”

According to the UN refugee agency, Turkey currently hosts over 3.5 million Syrian refugees. Turkey is held to the principle of non-refoulement, which means that a country taking in asylum seekers from other nations is not allowed to send them back or deport them to a country where they face persecution based on “race, religion, nationality, membership of a particular social group or political opinion.”

There will be a conference on March 26 in Varna, Bulgaria, where EU leaders will meet with Turkish President Recep Tayyip Erdoğan to discuss EU-Turkish relations, and HRW has called on the EU to raise awareness of this issue at the summit. “The EU should press Turkey to open its border to those in need, and provide meaningful support, not silently stand by as Turkey ignores refugee law and pushes thousands back to face the carnage,” Gerry Simpson, associate refugee rights program director at Human Rights Watch, said.