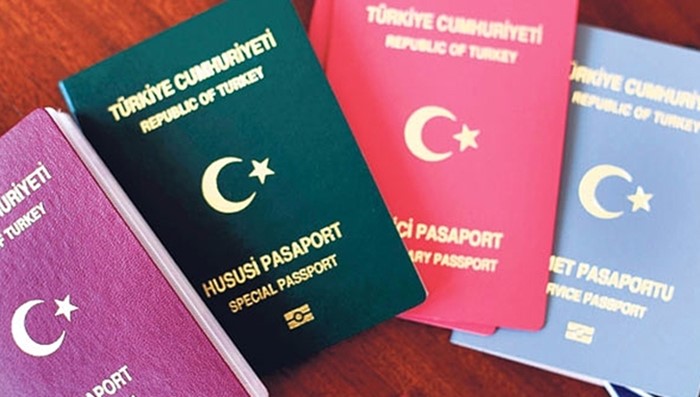 The Platform for Peace and Justice (PPJ) on Saturday released a report titled “Cancellation of Turkish Passports and Prevention of the Freedom of Movement” which revealed that the cancellation of the passports of thousands of people in Turkey during an ongoing state of emergency is against both domestic law and the European Convention on Human Rights.

Shedding light on the abusive use of the cancellation of passports by the current Turkish government, the report illustrates that the state of emergency declared in Turkey immediately following an abortive coup in July 2016 was deliberately established to condemn dissidents to civil death not only by dismissing them from their jobs and arresting them but also by destroying their hopes and ability to start new lives elsewhere.

According to the PPJ report, “Even though it is envisaged under Article 23 of the constitution that freedom to travel may only be restricted by a judicial decision due to criminal investigation or prosecution, it has also been reiterated with the past judicial decisions that the prohibition of the citizens’ freedom to travel with the determination of the Ministry of Internal Affairs in accordance with the Article 22 of the Passport Act is both against the law and unconstitutional. As a matter of law, passports of hundreds of thousands of individuals who had nothing to do with the declaration of the state of emergency have been cancelled by the provisions of the Decree Law No. 667 and 773, and a good part of [them] have not been able to [exercise] their freedom of travel.

“What is even worse is that the passport cancellations and prevention of the freedom to travel take place in an irresponsible way and are based on legally absurd grounds even contrary to Article 22 of the Passport Act and to the provisions of the decree laws which are themselves contrary to Article 23 of the Constitution and the international treaties.

“Upon the cancellation of passports of the individuals who have no ongoing investigation or connection, affiliation or membership with terror organizations, their application for getting new passports or for removing the travel ban have been rejected on the basis of the Right to Information Act No. 4982. The passport cancellations and the restrictions on the freedom to travel are being used as [a] method of collective punishment by the government for the individuals and families even without bothering to find any link with the ‘alleged’ crime.”

Turkish Interior Minister Süleyman Soylu said in December that 234,419 passports have been revoked as part of investigations into the faith-based Gülen movement, accused by the government of masterminding the failed coup attempt in 2016.

The seizure of passports started in early 2016. In June of that year the passport of Nevin İpek, Koza İpek Holding CEO Akın İpek’s wife, was cancelled after it was allegedly reported lost by someone other than herself.

On Sept. 5, 2016 the government banned Dilek Dündar, wife of former Editor-in-Chief of the Cumhuriyet daily Can Dündar, from travelling abroad after seizing her passport at an İstanbul airport.

On Sept. 28, 2016 the passport of former Today’s Zaman reporter Arslan Ayan was confiscated by officials at the Turkish Consulate General in New York City on the grounds that a warrant for his detention was outstanding back in Turkey.

Similarly on Oct. 5 of the same year the government banned journalists Ayşe Yıldırım and Celal Başlangıç from travelling abroad after seizing their passports, at an airport in İstanbul.

On May 20, 2017 Oklahoma City Thunder center Enes Kanter’s passport was seized by Romanian police at Henri Coanda Airport upon a request from the Turkish government due to alleged links to the Gülen movement.
On June 1, 2017 the Turkish government revoked the passport of Levent Tüzel, a former pro-Kurdish Peoples’ Democratic Party (HDP) deputy and Central Executive Board member of the leftist Labor Party (EMEP).

Last year, Belgian police returned the passport of a Turkish citizen since the cancellation of passports by the Turkish government after a July 15 failed coup in Turkey was considered unlawful.

Similarly in April, Romanian police returned the passport of Soner Cesur, a Turkish businessman with investments in Romania, which they seized on March 25 upon a demand made by the Turkish government.

The report also examines cases in which Interpol Red Notices are also being abused by the Turkish government to harass dissidents abroad.