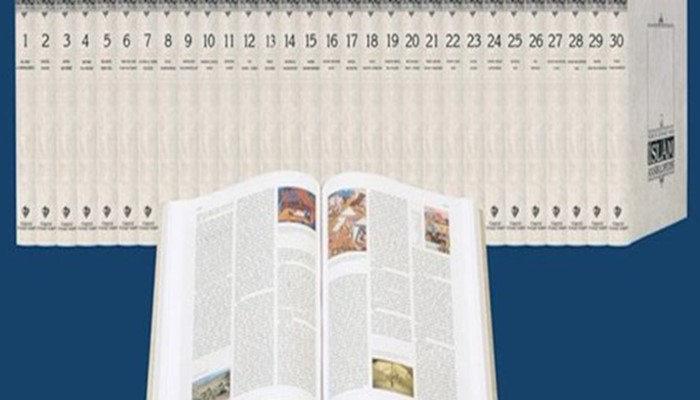 The Islam Encyclopedia of the Religious Affairs Foundation (TDV), which is affiliated with Turkey’s Directorate of Religious Affairs (Diyanet), arguably one of the world’s most important collections of Islamic knowledge, has reportedly been censored on the Internet due to its alleged relation to the teachings of the Gülen movement.

Prof. Dr. Ayhan Tekineş, formerly employed by Fatih University, which was seized and closed by the government in 2016 under a state of emergency declared in the aftermath of a coup attempt on July 15, 2016 has, stated that some of the articles in the digital version of the TDV Islam Encyclopedia were removed because they were originally written by scholars close to the Gülen movement, the Kronos news website reported.

Pointing out that this kind behavior is disrespectful to the science committee that first approved those articles, Tekineş said he learned on social media that articles written by Prof. Dr. Suat Yıldırım about Said Nursi, the teachings of whom later inspired Turkey’s Gülen movement, were amended and subsequently censored.

Tekineş underlined that he wrote 19 pieces for the encyclopedia included after the letter “I” concerning hadith concepts, book introductions and other topics.

Tekineş said the writing of the articles for the encyclopedia was offered to him by experts who were responsible for the hadith sections in the book and emphasized that this behavior was disrespectful to the writing and publishing of the materials and the scientific delegation that approved them.

“One of these articles is ‘ilel-ul-Hadith,’ which was my graduate thesis. This thesis was approved by the people who until recently presided over the institutions that publish the encyclopedia. Articles in the encyclopedia were checked and published by a science committee after they were written. These scholars are also the teachers of Religious Affairs board members and in particular the head of the Directorate of Religious Affairs,” said Tekineş.

Saying that these practices have damaged the position of the religious community in Turkey, he said: “The director of religious affairs and I have known each other since he was a muezzin at Fatih Mosque in 1985. And we worked together at Sakarya University for 17 years. I hope he is not aware of these practices,” he said.

“Along with my contributions, they also removed articles written by Prof. Dr. Suat Yıldırım as well as information about Islamic scholar Fethullah Gülen from the article about Said Nursi. This is what I know as of now,” Tekineş added.

The encyclopedia project, which was launched in 1983 and published its first volume in 1988, was completed in December 2017, having produced a total of 44 volumes. It was accomplished with the support of over 2,000 experts and scholars on Islam.

Covering a wide range of topics including Islamic sciences, history, geography, culture and civilizations, the encyclopedia contains 15,226 articles, quoting around 500 sources. When sub-headings are included, the articles total 16,855.