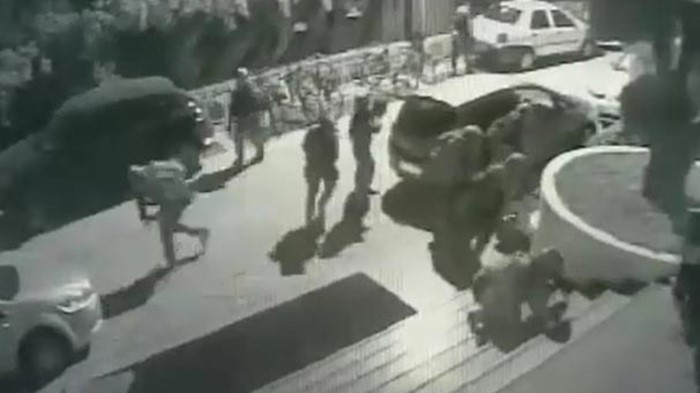 A police chief who clashed with a group of coup soldiers aiming to raid a hotel where President Recep Tayyip Erdoğan was staying in a western Turkish holiday resort on the night of a failed coup attempt in July 2016 has been handed down a prison sentence of six years, three months over use of a smart phone application known as ByLock.

Turkish authorities believe ByLock is a communication tool among followers of the Gülen movement, which is accused by the Justice and Development Party (AKP) government of orchestrating the failed coup, a claim the movement denies.

The police chief, identified only by his initials M.O., was serving at the Marmaris Police Station in Muğla province on the night of the coup attempt.

Erdoğan was on a vacation with his family at a hotel in Marmaris on the day of the coup.
A group of putschist soldiers raided the hotel where Erdoğan was staying in a bid to arrest him; however, Erdoğan and his family members had left the hotel before their arrival.

Police Chief M.O., who fought against the putschist soldiers on July 15 to protect Erdoğan, explained during his trial at the Muğla 2nd High Criminal Court how things unfolded that night.

“I was chief of the police station in Marmaris when the coup attempt took place that night. I am [even] a co-plaintiff in a trial where soldiers are charged with involvement in the coup. I was one of the first people who stood up to the putschists. They yelled at me saying, ‘Surrender’,” said M.O., adding that a police officer, Nedip Cengiz Eker, who was killed that night during the clash with the coup soldiers, died near him.

M.O. was handed down his sentence at the end of the trial on charges of membership in a terrorist organization.

In a similar development, Tayyib Sina Doğan, a police officer who was one of three crewmembers of a helicopter that carried Erdoğan and his family from their hotel to the airport during the coup attempt in July 2016 was arrested over alleged links to the Gülen movement in late 2017.

Doğan was fired from the police department on Nov. 22, 2016 on accusations that he had downloaded the ByLock app and was sent to Sincan Prison in Ankara on the same allegations on Nov. 20, 2017.

Barış Yurtseven, the pilot of the plane that brought President Erdoğan from Dalaman to İstanbul on the night of the failed military coup, was also fired from Turkish Airlines (THY) in February over alleged links to the Gülen movement.

The coup attempt on July 15, 2016 killed 249 people and wounded more than a thousand others. Immediately after the putsch, the AKP government along with President Erdoğan pinned the blame on the Gülen movement despite the lack of any evidence to that effect.

1,188 people were detained in the first two weeks of 2018 as part of witch hunt targeting Gülen movement.