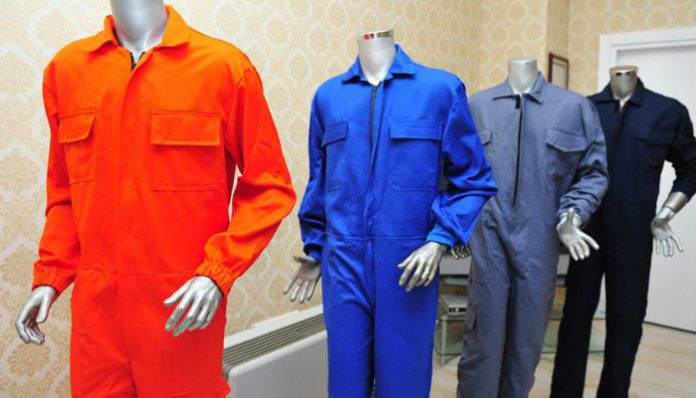 All convicts and suspects in pretrial detention for crimes against the constitutional order are now required to wear jumpsuits identifying their alleged wrongdoing, according to a new state of emergency decree issued by the Turkish government on Sunday, the Stockholm Center for Freedom (SCF) reported.

According to decree No.696, brown jumpsuits will be worn by inmates suspected of “attempting to abolish the order of the Turkish constitution by using force and violence, to replace the order with another one or to prevent the implementation of order” or “attempting to undermine the Turkish government by using force and violence or prevent it from performing its duty, partially or completely.”

Gray jumpsuits, meanwhile, will be worn by inmates who stand accused of “attempting to undermine the Turkish Parliament or prevent it from performing its duties partially or completely” or are suspected of “armed rebellion against the Turkish government,” “assassination of and assault on the president,” “crimes against the security of the state” and “crimes against the constitutional order.”

Pregnant prisoners and children will be exempt from the regulation while the rules for the female inmates in general will be decided later, according to the decree.

Deputy Chairman of the main opposition Republican People’s Party (CHP) Bülent Tezcan said jumpsuits required for suspects would be a violation of the presumption of innocence. “It shows a prejudice for conviction during trial proceedings,” he said.

Turkey’s Interior Minister Süleyman Soylu announced on Dec. 12 that 55,665 people have been arrested since a failed coup attempt on July 15, 2016.

A European Union spokesperson said in early September that reports of a government plan for suspects standing trial on coup charges in Turkey to wear identical uniforms were worrying. Underlining the significance of respect for the right to a fair trial and a commitment to a state of law, the EU spokesperson said: “The European Union has on many occasions stressed that any alleged wrongdoing or crime should be subject to due process and that the right of every individual to a fair trial needs to be respected, as well as the principle of the presumption of innocence.”

Former European Court of Human Rights (ECtHR) judge Rıza Türmen had said in August 2017 that obliging all suspects in ongoing trials concerning the failed coup to wear identical uniforms is against human rights and violates the right to a fair trial.