Turkey seeks up to 15 years for journalists, deputy in MİT trucks case 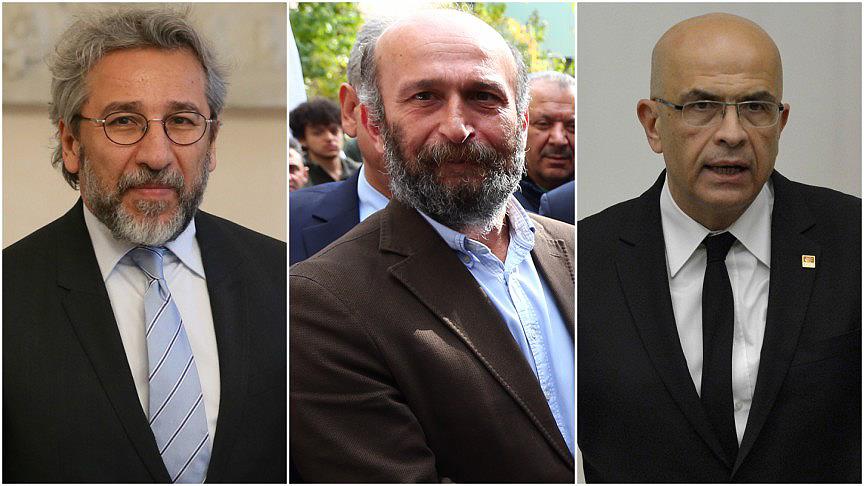 According to the state-run Anadolu news agency, during a hearing on Wednesday at the İstanbul 14th High Criminal Court the prosecution demanded up to 15 years for Dündar, Gül and Berberoğlu, who is currently behind bars.

Meanwhile, Berberoğlu’s request for recusal of the judge was rejected by the İstanbul 15th and 16th high criminal courts.

On June 14 Berberoğlu, who was a former editor-in-chief of the Hürriyet daily, was sentenced to 25 years in prison for leaking classified information to Cumhuriyet daily journalists in May 2015.

When the MİT truck story first broke in 2015, it produced a political firestorm in Turkey about the role of the Turkish spy agency in arming rebel factions in Syria and prompted an investigation into Cumhuriyet daily journalists Dündar and Gül, who published the report.

They were first jailed while facing trial on spy charges for publishing footage purporting to show MİT transporting weapons to Syria in 2014. Later, the two journalists were released pending trial.

When Dündar later published a book titled “We Are Arrested,” he mapped out the details of the news story on May 27, 2015, saying that a leftist lawmaker brought the information to him. Upon that revelation, the İstanbul Public Prosecutor’s Office launched a new investigation and examined Dündar’s phone calls during the days leading up to the publication of the story.

The prosecutor’s office detected a phone conversation between CHP deputy Berberoğlu and Dündar on May 27.

A new indictment was then drafted naming Berberoğlu.

In September 2016 an İstanbul court decided to merge the trial of journalists Dündar and Gül with that of Berberoğlu.