A letter submitted to a New York court that was allegedly written by Turkish Islamic scholar Fethullah Gülen ordering judges in Turkey to release several police officers has been refuted by Gülen’s lawyers, who said it was “complete nonsense invented and fabricated” for further false allegations against their client.

“A letter addressed to ‘The Honorable Judge of the Criminal Court of First Instance’ that was purportedly written by my client Mr. Gülen was first shared by the lawyers of Hakan Atilla, who is currently standing trial in a US court, and then by the chief public prosecutor of Istanbul, which caused further false allegations against my client,” said a statement shared on Twitter by Gülen’s lawyers.

“It must first be said that Mr. Gülen did not write the letter in question, or for that matter no other letter similar to that, and did not request any member of the judiciary to release any detained person or persons. The allegation that my client did write such a letter as well as the letter itself are nothing but complete nonsense invented and fabricated to somehow be used in the trial currently being held at the US court,” the statement said.

“The person on whose computer the said letter was purportedly recovered was taken into custody and had his computer seized on 27 July 2016. Although it has now been over 17 months since the computer was seized by the police, the letter in question has never been submitted in evidence in the respective court files of [either] the owner of the computer [or] the judges to whom the letter was purportedly sent. This ‘evidence of great significance’ which was never submitted to a Turkish court has now been submitted to the US court in evidence. This alone is clear indication that the said letter is nothing but fabrication.”

Gülen’s lawyers also noted: “This whole affair once again made it clear that certain members of the Turkish judiciary who operate under undue instructions from the government do accuse innocent people using fabricated evidence and strip them [of] their freedom.”

According to reports, the New York federal court to which the letter was submitted by Atilla’s lawyer ruled that it not be accepted as evidence.

According to a report on Friday by the state-run Anadolu news agency, the documents and digital materials confiscated from Fevzi Yazıcı, the jailed former art director of the Zaman daily, constitute “concrete evidence” of a 2015 plot to free some Gülen movement members from prison, Istanbul Chief Public Prosecutor İrfan Fidan told reporters.

But the authenticity of the letter in terms of wording and signature aside, critics pointed to some important contradictions between the statement of the prosecutor and the chronology of events.

According to Fidan’s statement, Yazıcı travelled to the US on April 8, 2015 and returned to Turkey on April 18, 2015 with the digital format of the letter allegedly written by Gülen on a USB that was seized by police at his home. But the letter was dated April 19, 2015 and the save date on the USB is April 26, 2016. Judges Mustafa Başer and Metin Özçelik, who were claimed to have received orders by means of the letter, released 75 jailed Gülen movement members including media members and police officers on April 25, 2015, a day before the letter was recorded on the USB that was allegedly brought by Yazıcı from the US on April 18.

Korkmaz is a former İstanbul police officer who was arrested by the Erdoğan regime in the aftermath of the corruption operations in late 2013 in which Turkish-Iranian gold trader Reza Zarrab and the inner circle of the ruling Justice and Development Party (AKP) government and then-Prime Minister Recep Tayyip Erdoğan were implicated.

Korkmaz became one of the witnesses along with Zarrab in a New York court where Mehmet Hakan Atilla, an executive of Turkey’s state-owned Halkbank, is being tried for violating US sanctions on Iran.

Korkmaz called Erdoğan the “No. 1” target in a group that also included Mehmet Zafer Çağlayan, the former economy minister, and Süleyman Aslan, a former chief executive at Halkbank, a large Turkish state-owned bank that was central to the sanction-busting scheme. 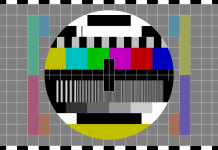