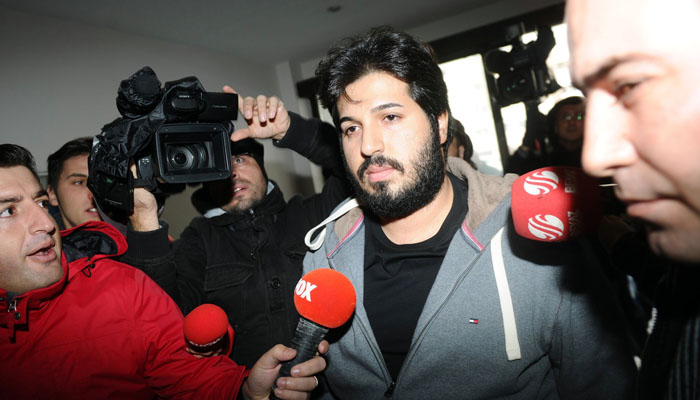 Reza Zarrab, a Turkish gold trader who has been charged in Manhattan with conspiring to violate US sanctions on Iran, may be prepared to plead guilty, The New York Times reported on Tuesday.

According to the report, lawyers for Zarrab’s co-defendant, Mehmet Hakan Atilla, deputy general manager of Turkey’s state-run Halkbank, wrote that Zarrab “has essentially not participated in the case” since September, and it seemed “likely that Atilla will be the only defendant appearing at trial.”

Zarrab has been seeking the dismissal of charges against him since his arrest in March 2016. He formed a team of lawyers, including Rudolph W. Giuliani, the former mayor of New York.

According to the NYT, Zarrab hired Giuliani in an effort to try to persuade the Trump administration and Turkey’s president, Recep Tayyip Erdoğan, to agree to a diplomatic resolution to his case.

The NYT report said there were signs of inaction from Zarrab’s lawyers as they allowed a deadline to pass without filing court papers that would have allowed him to challenge the admissibility of key government evidence against him.

The lawyers also did not submit proposed jury instructions or questions to be asked of prospective jurors when they are selected for the trial, which is scheduled to begin on Nov. 27.

And there was no indication that Zarrab had joined in court filings made by Atilla’s lawyers, who on Monday filed challenges to the government’s evidence and offered jury-related proposals.

“If Mr. Zarrab is negotiating a guilty plea, one question will be whether he would cooperate with the American investigation. The prosecution has strained relations between the United States and Turkey, and has drawn sharp criticism from President Erdogan, who has often raised it with American officials,” the NYT said.

A total of nine people have been charged in the case, including former Economy Minister Zafer Çağlayan, although only Zarrab and Atilla are in custody in New York.

The potential new development comes at a time of continued tension between the United States and Turkey, as played out most recently with both countries suspending visa services in a dispute over Turkey’s detention of two United States consulate employees.

“We are following this. We know how to set the world on fire when all those issues are done. We will tell all,” he said.

The US District Court for the Southern District of New York on Sept. 6 indicted Çağlayan, former Halkbank General Manager Süleyman Aslan, Levent Bakkal and Abdullah Happani and ordered an arrest warrant for them.

The four are charged with conspiring to use the US financial system to conduct hundreds of millions of dollars’ worth of transactions on behalf of the government of Iran and other Iranian entities barred by US sanctions.

Erdoğan stated in September that he had told Washington that Turkey had never agreed to comply with its sanctions on Iran and called on the US to review the indictment. He also said US President Donald Trump had called him and agreed to follow the case more closely.