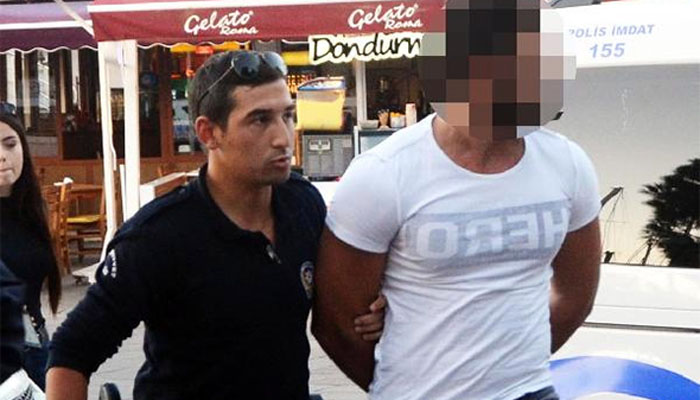 A 30-year-old hotel receptionist in Turkey’s resort district of Bodrum, identified only by his initials Ö.C.K, was detained for wearing a T-shirt bearing a word “hero” on Thursday.

Police rounded up Ö.C.K and handcuffed him before escorting him to the Bodrum police station. Police also made him wear the T-shirt inside out, the Doğan news agency reported.

The hero T-shirts first became an issue when Gökhan Güçlü, one of the suspects on trial for an assassination attempt against President Recep Tayyip Erdoğan on the night of a failed coup last year, was thrown out of the courtroom on July 13 for wearing a similar T-shirt. At least 42 people have been detained for wearing hero T-shirts since summer.

Meanwhile, Turkish Airlines (THY) stopped distribution of its “Heroes” kits to children on board its planes during overseas flights.

And also, Mustafa Kaya, the district director of national education in İzmir’s Seferihisar district, was earlier taken into custody over his picture taken near “hero” graffiti. (Turkey Purge)