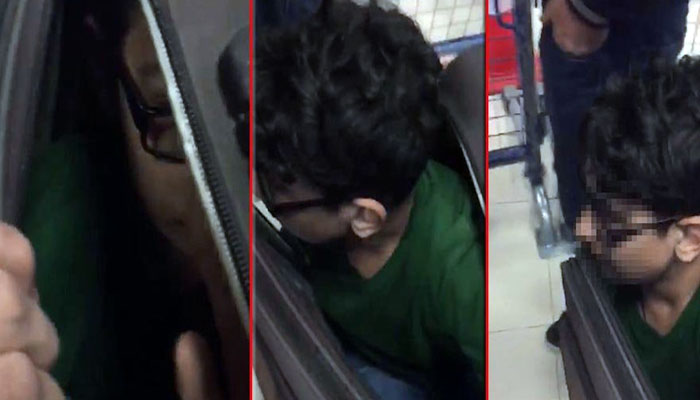 A 14-year-old Turkish boy, identified by the initials S.K., was caught in a suitcase in Turkey’s northeastern border province of Artvin while he was trying to flee to Georgia on Wednesday.

Police stopped a Georgian national and made him open his suitcase at Turkey’s Sarp border gate with Georgia. S.K. who was poised to reunite with his parents in the neighboring country, was hidden in the suitcase.

According to the Doğan news agency, S.K.’s parents had earlier fled Turkey, where they are wanted for alleged links to the Gülen movement, which the government accuses of masterminding a July 15, 2016 coup attempt.

More than 126,000 people have been detained and some 56,000 including academics, judges, doctors, teachers, lawyers, students and policemen have been put in pretrial detention since last summer.

Many people have tried to escape Turkey illegally since the government cancelled their passports. (turkeypurge.com)