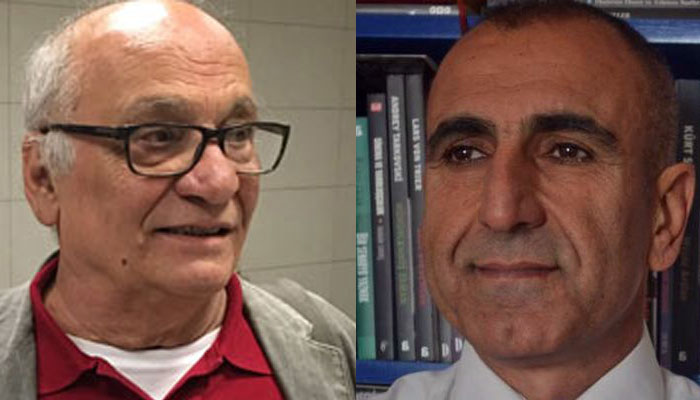 A Turkish court on Friday handed down a suspended sentence of 15 months and a TL 6,000 fine to journalist Tuğrul Eryılmaz over his participation in a solidarity campaign with the pro-Kurdish Özgür Gündem newspaper, while writer Vedat Çetin was detained in Diyarbakır on Friday as part of an investigation into the pro-Kurdish Democratic Peoples’ Congress (DTK).

According to OdaTV, Eryılmaz was tried by the İstanbul 22nd High Criminal Court over his links to the now-closed Özgür Gündem daily. Eryılmaz was one of the people who volunteered to be an editor for a day in solidarity with the paper.

Several intellectuals and journalists stood in as the symbolic editor-in-chief of the pro-Kurdish daily in solidarity with the paper as its editor had been imprisoned even before the closure.

Meanwhile, Kurdish journalist and writer Çetin was detained after police raided his house in Diyarbakır early on Friday. He was taken to the Diyarbakır Police Department as part of an investigation into the DTK, the Evrensel daily reported.

The DTK was the largest political forum held by Kurdish nongovernmental organizations in the recent past and was attended by a number of Kurdish intellectuals, journalists and politicians.