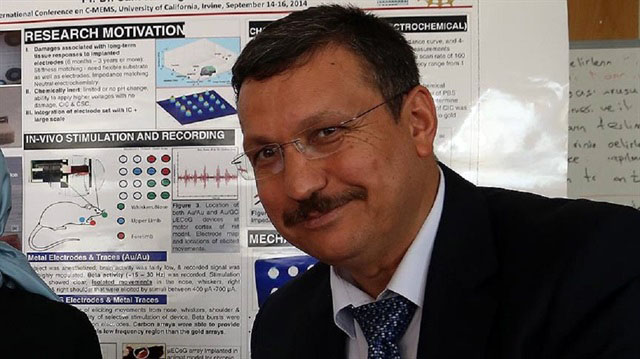 A Turkish court on Thursday handed down a sentence of six years, 10 months and 15 days for Halil Aykul, the former dean of Çorum Hitit University’s engineering faculty, over alleged links to the faith-based Gülen movement, which is accused by the Turkish government of being behind a failed coup last year.

According to the state-run Anadolu news agency, the Çorum 2nd High Criminal Court rendered its verdict during a trial hearing on Thursday following an investigation into Gülen movement members in Çorum.

Speaking during the hearing, Aykul denied the charges and said he was being slandered as he has no links to any terrorist groups.

Along with several other academics Aykul was dismissed from his job in September 2016.

Following the failed coup that killed over 249 people on July 15, 2016, more than 146,000 people, including academics, teachers, police officers, soldiers, judges and prosecutors, were sacked, nearly 128,000 detained and more than 60,000 arrested over alleged links to the Gülen movement.

The movement strongly denies any role in the failed coup.