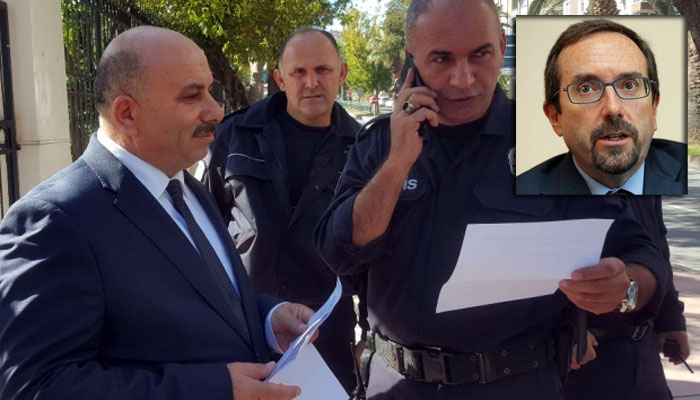 Ahmet Kabadayı, president of the National Unity and Fraternity Federation (MBKF), a pro-government Turkish NGO, has filed a criminal complaint against departing US Ambassador to Turkey John Bass, the Sputnik Turkiye news website reported on Friday.

Kabadayı claimed that Bass collaborated with the so-called “FETO terrorist organization” in the coup attempt on July 15, 2016 to benefit from underground natural resources in the northeastern Turkish province of Artvin.

Kabadayı filed the complaint at the Samsun Courthouse in northern Turkey, which was then reportedly transferred the file to the Ankara Public Prosecutor’s office.

In his complaint Kabadayı said: “Mr. Prosecutor, US Ambassador to Turkey John Bass engaged in misconduct while in his position ([as a diplomat], which is a crime. He [Bass] has criticized decree-laws that have been issued by the government of the Turkish Republic as part of its fight against terrorism; hence, he has interfered with our internal politics and domestic affairs.”

Kabadayı went on to claim that the ambassador engaged in espionage activities to profit from the natural resources of northeastern Artvin province and also took part in the coup attempt on July 15, 2016 in cooperation with the Gülen movement.

After Turkish authorities arrested US Consulate General employee Metin Topuz on Oct. 4, the US Embassy in Ankara announced on Sunday that it had suspended all non-immigrant visa services at US missions in Turkey.

Bass said in a video message released late Monday that Turkish authorities have failed to present any evidence against Topuz and that he had insufficient access to a lawyer. He also said the arrest “raised questions whether the goal of some officials is to disrupt the long-standing cooperation between Turkey and the US.”

On Sunday Turkish authorities issued a detention warrant for another US Consulate staff member who is reportedly sheltering in the Consulate General building in İstanbul.

Erdoğan said US Consulate staff members for whom detention warrants have been issued are spies and added that they are also accused of ties to the Gülen movement, which the Turkish government claims was behind the failed coup last year.

Turkey survived a coup attempt on July 15, 2016 that killed 249 people and wounded over a thousand. Immediately after the putsch the Justice and Development Party (AKP) government and President Erdoğan pinned the blame on the Gülen movement.

Gülen, whose views inspired the movement, strongly denied having any role in the failed coup and called for an international investigation into it, but President Erdoğan — calling the coup attempt “a gift from God” — and the government initiated a widespread purge aimed at cleansing sympathizers of the movement from within state institutions, dehumanizing its popular figures and putting them in custody.