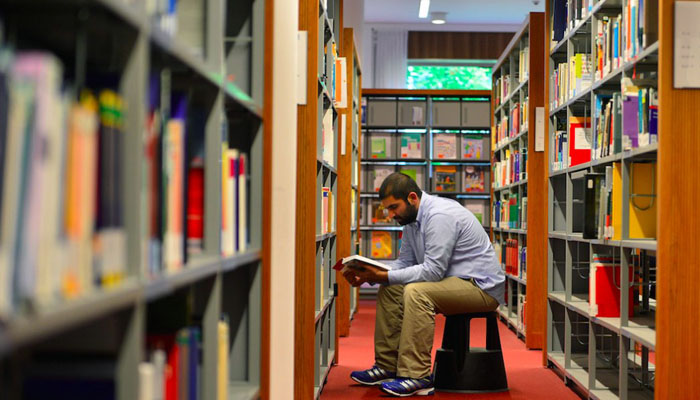 has said 169,141 copies of books are planned to be withdrawn from public libraries as part of an ongoing investigation into the faith-based Gülen movement, the İhlas news agency (İHA) reported on Wednesday.

Speaking at Parliament’s general assembly, Kurtulmuş responded to a question regarding the number of books withdrawn from public libraries after an attempted coup on July 15, 2016.

Kurtulmuş said there are 1,142 libraries under the administration of the Ministry of Culture and Tourism and that the books under investigation were either written by Turkish Islamic scholar Fethullah Gülen or under pseudonyms referring to him. The minister also said the books had been acquired by the ministry either by donation or purchase between the years 1982 and 2014 and that they were published by printing houses that were shut down by government decree issued during an ongoing state of emergency declared after the failed coup.

The government accuses the Gülen movement of masterminding the failed coup attempt of July 15 even though the movement denies any involvement.

Turkey’s then-Deputy Prime Minister Kurtulmuş said in July that the government had seized 966 companies from people allegedly linked to the Gülen movement.

Immediately after the failed coup attempt the ruling Justice and Development Party (AKP) government along with President Tayyip Erdoğan pinned the blame on the Gülen movement.

Turkey has suspended or dismissed more than 150,000 civil servants, including governors, judges, prosecutors, teachers, soldiers and police, since July 15, 2016 through government decrees issued as part of the state of emergency.