Report: US delegation to visit Ankara to resolve recent row 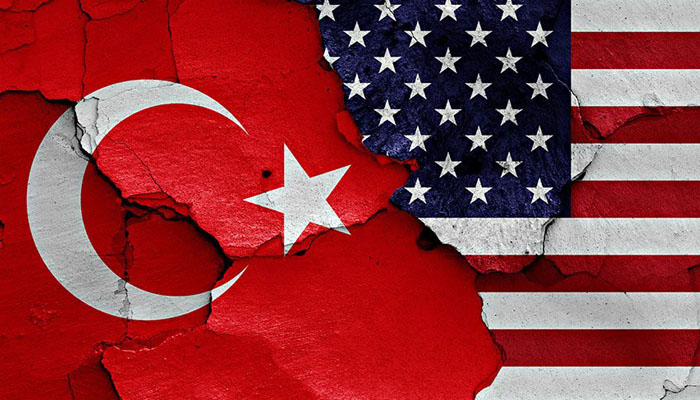 A US diplomatic delegation will reportedly pay a visit to Turkey to resolve a diplomatic crisis between the two countries over a mutual suspension of the issuance of visas following the arrest of a US Consulate staff member, the NTV website reported on Thursday.

According to the report an American delegation is expected to pay a visit to Turkey next week as part of diplomatic steps taken to resolve the visa suspension dispute and the legal protection of personnel at US diplomatic missions in Turkey.

The US delegation will be led by Deputy Assistant Secretary of State for European and Eurasian Affairs Jonathan Cohen, NTV said.

It was also claimed that Turkey suggested a joint commission be formed comprising Turkish and US officials to work effectively on a possible solution to the diplomatic crisis.

According to a report by Hürriyet daily’s Washington correspondent Cansu Çamlıbel on Thursday, the visa situation leading to a serious diplomatic crisis between Turkey and the US is not solely due to the arrest of an employee of the US Consulate General in İstanbul and a warrant issued for the detention of another but also certain foreign policy decisions of the Turkish government under the influence of President and Chairman of the Justice and Development Party (AKP) Recep Tayyip Erdoğan.

Çamlıbel’s report stated that national security advisors of the Trump administration made the decision on the suspension of visa issuance in Turkey due to concerns about the possibility that the arrest of their local personnel may change from the exception to the rule. However, Çamlıbel underlined, the reason President Trump approved the decision suggested by his national security team was reported to be related to foreign policy steps Turkey has recently taken. Among these steps are listed the fact that Venezuelan President Nicolas Maduro was hosted in Ankara and Turkey’s high-level diplomatic visits paid to Iran, both of which were claimed to have disturbed Trump.

US Secretary of State Rex Tillerson waited for three days before he called his Turkish counterpart, Mevlüt Çavuşoğlu, in response to a message sent on Sunday by Çavuşoğlu regarding the visa crisis.

İstanbul Consulate General staff member Metin Topuz was arrested on Oct. 4 on espionage charges and alleged links to some leading members of the faith-based Gülen movement.

Speaking to a group of journalists in İstanbul on Sept. 6, John Bass, the departing US ambassador to Turkey, said some in the Turkish government are motivated by “vengeance rather than justice,” voicing concern at coverage in pro-government media outlets of the arrest of Topuz.

The US Embassy in Ankara on Sunday announced that it had suspended all non-immigrant visa services at its diplomatic facilities in Turkey.

US. Ambassador Bass said in a video message released late Monday that Turkish authorities had failed to show any evidence against Topuz and that he had insufficient access to a lawyer. He also said the arrest “raised questions whether the goal of some officials is to disrupt the long-standing cooperation between Turkey and the US.”

Also, indictments in the US naming bodyguards of Erdoğan who were engaged in violence in Washington and for the manager of the state-run Halkbank and a former Turkish economy minister accused of conspiring to violate US sanctions on Iran had deepened the rift.