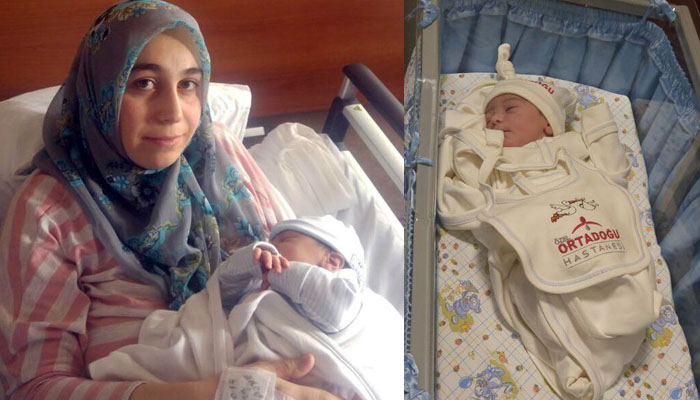 Teacher Ü. Monos, who gave birth on Tuesday, was detained shortly after delivery by police who were waiting outside her room at Ankara Ortadoğu Hospital, the Stockholm Center for Freedom (SCF) reported on Tuesday.

According to Turkish media, Monos is an English teacher and has been sought by police due to her alleged links to the faith-based Gülen movement.

The detention of new mothers has been widely criticized in the media. Main opposition Republican People’s Party (CHP) leader Kemal Kılıçdaroğlu slammed the practice of detaining new mothers, calling it “an act of vengeance” during a live show on HaberTürk TV in September. “The state does not act out of vengeance. The state does not act with anger, animosity. If there is evidence, you take it and do what is necessary. I have many examples. A woman gives birth. And her 5-day-old baby is taken away. And she is kept at a police station for three days. We object to this. This is wrong. How can something like this happen? Let’s say that woman is guilty. What is the child’s crime? Let him, at least, suckle at his mother’s breast. That baby needs milk. Believe me, we have highlighted similar incidents many times,” Kılıçdaroğlu said.”

Another opposition deputy from the CHP, Atila Sertel, pointed to extreme measures taken against families detained due to alleged links to the Gülen movement. Speaking during a live show on the pro-CHP Halk TV, Sertel said he visited Şakran Women’s Prison in İzmir and witnessed a series of ongoing violations of fundamental human rights. Sertel said a housewife named Fadime and her teacher husband were arrested and put in different sections of the same prison, while their children were sent to Bitlis province. The couple is accused of involvement in a coup attempt on July 15, 2016. Sertel criticized the Turkish government for arresting hundreds of housewives on coup charges, saying that he does not understand “how a housewife can be seen as a coup perpetrator.”

Responding to a parliamentary question from pro-Kurdish Peoples’ Democratic Party (HDP) İzmir deputy Müslüm Doğan on Oct. 3, Turkey’s Justice Minister Abdulhamit Gül said as of April 2017 a total of 594 children under the age of 6 were being kept in Turkish prisons along with their mothers.

It has become a common occurrence that both parents are taken into custody, leaving no one to care for the children. The Turkish government, on many occasions, has detained pregnant women as well.

Turkey survived a coup attempt on July 15, 2016 that killed 249 people and wounded over a thousand. Immediately after the putsch the Justice and Development Party (AKP) government and President Recep Tayyip Erdoğan pinned the blame on the Gülen movement.

Fethullah Gülen, whose views inspired the movement, strongly denied having any role in the failed coup and called for an international investigation into it, but President Erdoğan — calling the coup attempt “a gift from God” — and the government initiated a widespread purge aimed at cleansing sympathizers of the movement from within state institutions, dehumanizing its popular figures and putting them in custody.