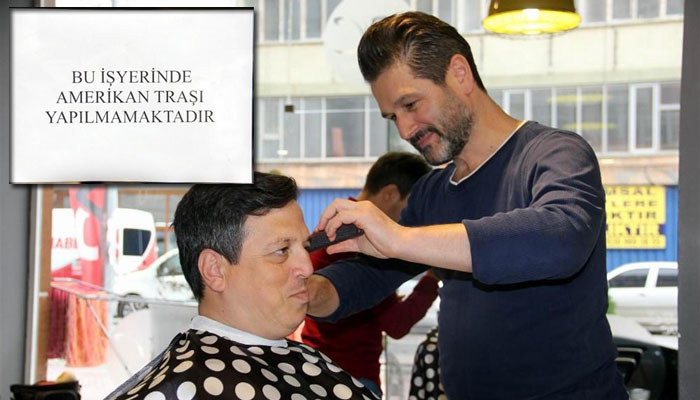 The Samsun Barbers Chamber announced on Wednesday that they have banned all barbers in the province from doing American-style haircuts in support of the Turkish government in a row with the US, which suspended non-immigrant visa services in Turkey after a US Consulate staff member was arrested.

According to the CNN Türk website, Samsun Barbers Chamber President Zabit Pilan said they had banned all American-style haircuts to support the government and President Recep Tayyip Erdoğan.

After Turkish authorities arrested US Consulate employee Metin Topuz on Oct. 4, the US Embassy in Ankara announced on Sunday that it had suspended all non-immigrant visa services at US missions in Turkey.

Speaking during a press conference with his Serbian counterpart, Aleksandar Vucic, in Belgrade, Turkish President Erdoğan said the US Consulate staff member was a spy and that it was Turkey’s right to take steps against an “internal threat.”