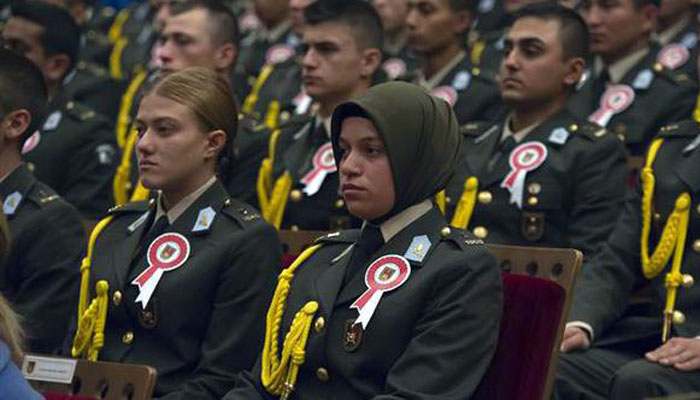 Merve Gürbüz has become the first student wearing a headscarf in the history of the Turkish Military Academy (KHO), the T24 news website reported on Monday.

The KHO, which is also known as Harbiye, started the new academic year on Monday. Following a policy change ordered by the ruling Justice and Development Party (AKP) through the Defense Ministry, the wearing of a headscarf is now permitted in the Turkish Armed Forces (TSK).

In February this year, Twenty-three-year-old Merve Gürbüz has been admitted to the training program of the Air Forces Academy in Turkey as the first headscarved woman.

The Turkish military has a strong no-headscarf policy due to its strict understanding of secularism. Not only were visibly pious officers expelled, but their families were also banned from participating in events and utilizing amenities if they were wearing a headscarf.