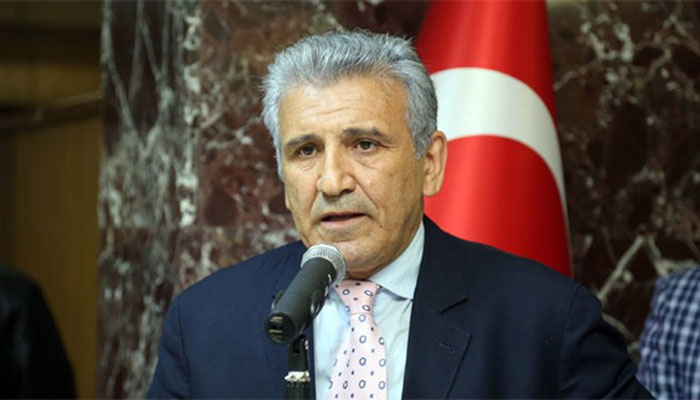 Pro-government Türkiye daily columnist Nuri Elibol, who was targeted after claiming that ultranationalist groups in the Turkish army might carry out a new coup attempt, announced that he had parted ways with the daily on Monday.

In his Monday piece in Türkiye, Elibol said it was his last column for the daily where he had worked for 17 years.

He was targeted by pro-government and ultranationalist circles after claiming that a group of soldiers close to ultranationalist Homeland Party (VP), formerly known as the Workers’ Party (İP), leader Doğu Perinçek might carry out a new coup to topple the government.

Following corruption investigations in 2013 for which then-Prime Minister and current-President Recep Tayyip Erdoğan put the blame on the faith-based Gülen movement, Erdoğan and his government, in an effort to ally with the military and ultranationalists, called investigations into the clandestine Ergenekon organization “plots” of the Gülen movement against the military after several suspects were acquitted in the Balyoz (Sledgehammer) and Ergenekon cases.

The Justice and Development Party (AKP), which strongly supported the case when it was launched in 2008, turned critical of the trial in 2013 and paved the way for the release of the convicts.

The convictions of many suspects, including high-ranking military officers and Perinçek, were annulled by an appeals court, pending a retrial.

After a failed coup took place on July 15, 2016, Erdoğan and the AKP government, along with Perinçek, put the blame on the Gülen movement and launched a widespread witch-hunt in government institutions. The movement strongly denies the government’s claim.