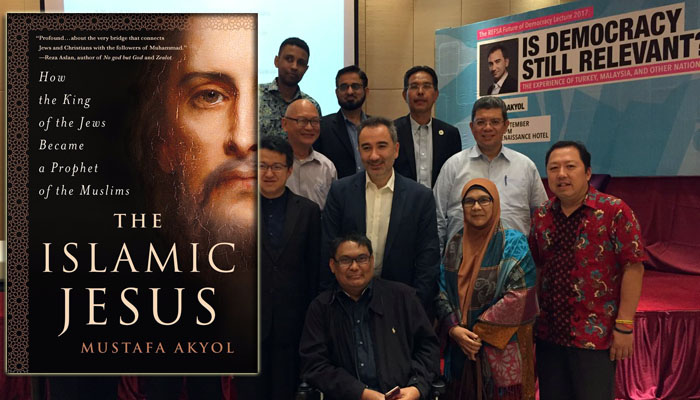 Turkish journalist Mustafa Akyol, who was invited to lecture on Islam in Malaysia, has left the country after a brief detention at Kuala Lumpur International Airport over his presentation.

According to the Malaysian Insight website, Akyol was scheduled to speak at a forum on the topic “The Islamic Jesus: The Commonalities Between Judaism, Christianity and Islam” at Nottingham University Malaysia’s teaching center in Kuala Lumpur on Monday.

However, the Federal Territory Religious Department (Jawi) had asked forum organizer the Islamic Renaissance Front (IRF) to postpone the event after it issued a summons for Akyol on Sunday to present himself at the Jawi office where he was to be questioned for allegedly teaching without credentials issued by religious authorities.

The IRF said in a tweet on Sunday night that “after being harassed and summoned by (the) Federal Territories Islamic Religious Department (Jawi), Akyol (is) now being detained by immigration at KLIA (Kuala Lumpur International Airport).”

IRF director Dr. Ahmad Farouk Musa told The Malaysian Insight that he had been unable to reach Akyol all night but later learned he left the country on Monday.

Farouk was also called up and questioned for allegedly helping Akyol.

Akyol was to be questioned for violating Section 11 of the Shariah Criminal Offenses (Federal Territories) Act of Malaysia, while Farouk was to answer the accusation that he allegedly abetted the journalist, an offense under Section 43 of the same law.

Akyol had been in the country over the weekend for several IRF events, including a talk on apostasy in Islam and the relevance of democracy.

Akyol is a writer on Islamic issues and politics. His writings appear regularly in Turkish newspaper the Hürriyet Daily News, The New York Times and Al-Monitor.com.

He has published six books, including “Islam Without Extreme: A Muslim Case for Liberty,” which has been translated into Turkish, Bahasa Malaysia and Bahasa Indonesia.

His latest book is titled “The Islamic Jesus: How the King of the Jews Became a Prophet of the Muslims.”

According to The Malaysian Insight, the controversy surrounding the forum comes as certain Muslim groups in Malaysia are accused of playing up fears of “Christianisation” ahead of the 14th general elections.

IRF events, its speakers and activists have been a frequent target of the country’s religious authorities.