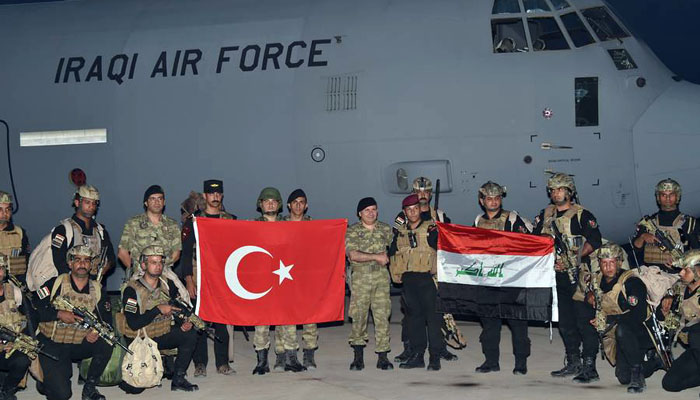 The Turkish Armed Forces (TSK) issued a press release on Monday saying that the Iraqi Armed Forces will join in drills in the Silopi/Habur area on the Turkish-Iraqi border amid tensions in the region over a referendum for independence held by the Kurdistan Regional Government (KRG) on Monday.

According to the press release, soldiers from the Iraqi Armed Forces arrived in Turkey on Monday evening and would join in the maneuvers from Tuesday.

Meanwhile, Iraq’s defense ministry also announced its soldiers had gone to Turkey to take part in the drill on the northern Iraq border.

Despite warnings from the Baghdad administration and abroad, including from Ankara and Washington, the KRG held a referendum on Monday for a separate Kurdistan state in northern Iraq.