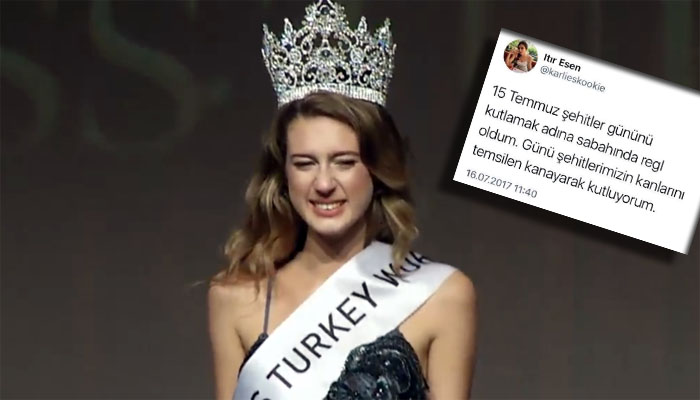 The crown of Miss Turkey 2017, Itır Esen, was taken away by contest organizers over one of her tweets on the anniversary of a failed coup in July 2016.

According to T24, Esen’s crown was taken away and given to Aslı Sümen, the first runner-up.

On July 16 of this year, Esen tweeted: “In order to celebrate July 15 martyrs day, I am on my period the next morning. I celebrate the day by bleeding, which represents the blood of our martyrs.”

Turkey survived a military coup attempt on July 15, 2016 in which 249 people including civilians died, while over a thousand were wounded.