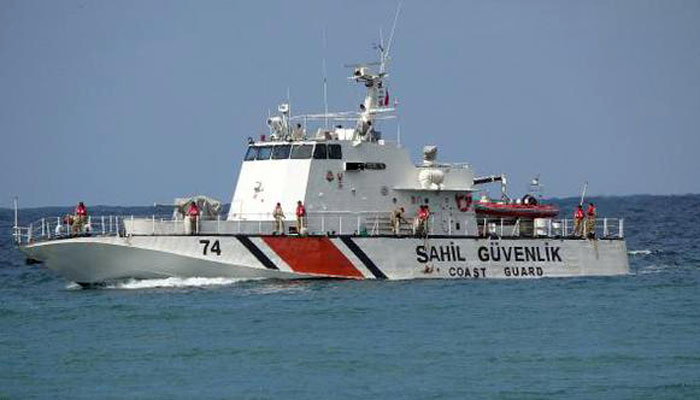 The Turkish Coast Guard said on Friday that at least 15 people died after a fishing boat carrying migrants sank off the coast of Kocaeli in the Black Sea.

According to the Doğan news agency, authorities initially reported that four had died and 20 were missing. The coast guard later said that 15 bodies were recovered and 40 people were rescued. Authorities are still searching for up to 15 migrants who went missing following the capsizing off the Kefken coast.

A pregnant woman was also among those who perished, Doğan said.

Bartın Police Chief Ogün Vural told reporters on Friday that the migrants had changed their route to the Black Sea as they face growing pressure on the Aegean and Mediterranean coasts in crossing to Europe.

Vural, who began his job two months ago, said gendarmerie forces have been guarding the coast throughout the day and are working in cooperation with several nongovernmental organizations on the issue.

According to figures announced by the Turkish Coast Guard Command on Friday, coast guard crews rescued 834 migrants in seven incidents and 10 human smugglers were detained by police in similar incidents in the Black Sea between Aug. 13 and Sept. 9.