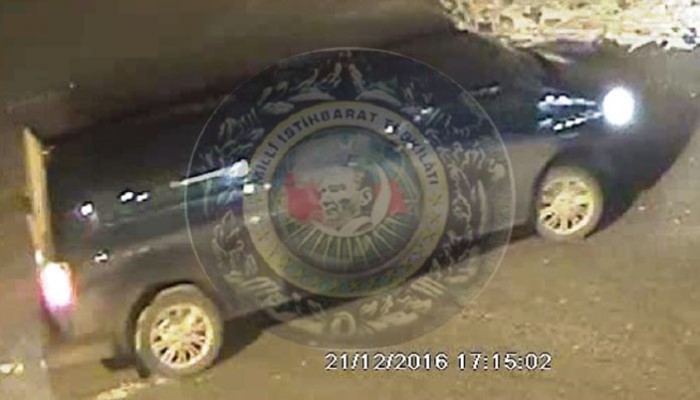 A series of mysterious kidnappings in Turkey is bringing back the fear of forced disappearances by state agencies in the mid-1990s, Politico has reported.

According to the report, the cases of up to 12 missing men in recent times raise the question “Are forced disappearances making a comeback in Turkey?” among opposition politicians and human rights activists.

In a recent Human Rights Watch report, the organization’s Europe and Central Asia director, Hugh Williamson, said there were “credible grounds” to believe Cemil Koçak, an agricultural engineer who was forced into a van in front of his 8-year-old son in June, and at least three other men had been forcibly disappeared by Turkish intelligence agents.

The families of several missing men have complained that the authorities did not appear interested in solving the cases. After Cemil Koçak was abducted, his wife Özgül Koçak reported the incident to the police and set about collecting evidence, including surveillance footage that appeared to show her husband being followed by several cars.

Özgül said the police initially ignored much of the evidence she collected and suggested to her that her husband had faked his abduction.

While opposition politicians put the number at eight, and Turkey’s Human Rights Association (İHD), an independent NGO, said it had documented 10 cases as of May. Another two abductions are alleged to have taken place in June.

On Aug. 3, HRW called on Turkish Justice Minister Abdülhamit Gül in a letter to investigate the abductions and possibly enforced disappearances in Ankara of at least four men who have been missing since March.

“There are credible grounds to believe that government agents forcibly disappeared the missing men. The Turkish authorities should promptly uphold their obligation to locate the missing men, who may be in grave danger, secure their release and if they are in custody give them immediate access to a lawyer, and let their families know where they are,” said Williamson.

HRW was referring to the cases of Önder Asan, Turgut Çapan, Mustafa Özben and Cemil Koçak, all of whom were dismissed from their jobs under state of emergency government decrees, describing the similarities in the abductions such as a black Volkswagen Transporter van into which Asan, Özben and Koçak were bundled at different times as reported by witnesses and shown by security camera footage.

The four cases identified by Human Rights Watch as possible forced disappearances have two things in common: The missing men all lost their jobs during the state of emergency that was declared after last year’s failed coup; and each has at least a tenuous link to the Gülen movement led by US-based Turkish Islamic scholar Fethullah Gülen, who Turkish President Recep Tayyip Erdoğan accuses of masterminding a failed coup on July 15, 2016.

The family members of several abductees have taken their cases to the European Court of Human Rights (ECtHR), which is familiar with applicants accusing Turkey of abducting husbands and sons.

In the 1990s, at the height of the state’s brutal war against terrorists of the outlawed Kurdistan Workers’ Party (PKK), security forces disappeared hundreds of civilians, most of them Kurds. Often, they were tortured. Some victims’ bodies were eventually found; in many cases, their fate remains unknown to this day. Over the years, the ECtHR found the Turkish state responsible in numerous cases.