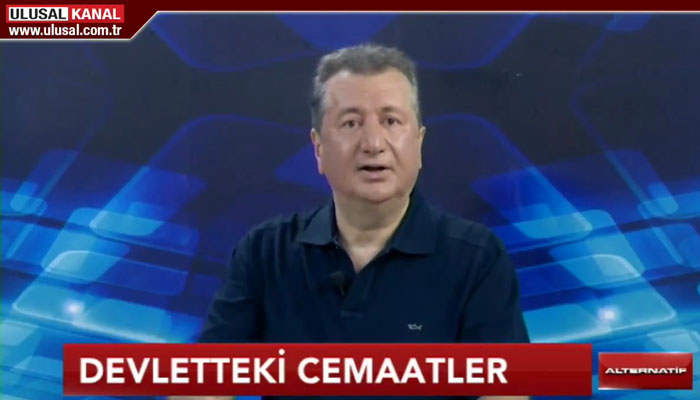 Sabahattin Önkibar, a columnist for the Aydınlık daily, which is affiliated with the ultranationalist Homeland Party (VP) of Doğu Perinçek, said on Sunday that Turkey must immediately get rid of sympathizers of the faith-based Gülen movement, which is accused by the government of masterminding a failed coup last year, and hinted at their mass burning, giving an example from history.

Speaking during a live broadcast on Ulusal Kanal on Sunday, Önkibar said the Gülen movement exists in all segments of Turkish society and accused its followers of infiltrating state institutions. He also claimed that 90 percent of the Gülen movement’s political wing is linked with the ruling Justice and Development Party (AKP).

While speaking on how to fight the Gülen movement, Önkibar gave what he claimed was an example from history, saying Mehmet II, the Conqueror, dug a huge hole near Edirne and set thousands of people linked to the Hurufi sect on fire in the hole after realizing that they had been infiltrating state institutions including his own palace.

“After being kicked out of Iran, the Hurufi came to Anatolia and later Edirne. They also came to İstanbul after its conquest. Similar to FETÖ, they infiltrated the army, the state, even the palace. Fatih Sultan Mehmet saw this and a huge hole was dug near Edirne and a huge fire was set in it. Thousands of Hurufis was thrown into that fire. Not tens or hundreds, thousands of them were without doubt burned alive. Fatih Sultan Mehmet did it that way. Now, you will say: Shall we burn Fethullahists in a similar way? I can’t say that, but we must do some to get rid of them somehow,” he said.

FETÖ is a derogatory term and acronym for the Fethullahist Terrorist Organization, coined by President Recep Tayyip Erdoğan and the AKP government to refer to the Gülen movement, accused by the Turkish government of masterminding the failed coup attempt. The movement strongly denies any involvement in the putsch.

Turkey survived a military coup attempt on July 15, 2016 that killed 249 people and wounded more than a thousand others. Immediately after the putsch, the AKP government along with President Erdoğan pinned the blame on the Gülen movement.

Over 146,000 people, including many in the armed forces, police and judiciary as well as the education and business sectors, were fired from state jobs. Nearly 125,000 were detained and more than 58,000 arrested over alleged links to the failed coup.