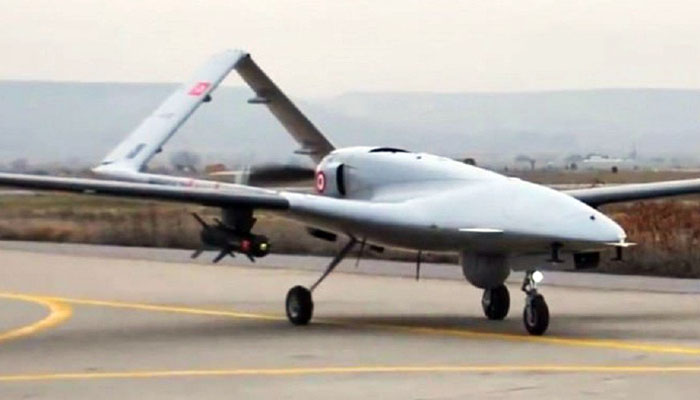 The pro-Kurdish Peoples’ Democratic Party (HDP) has released a report on the killing of one civilian and the wounding of three others in a drone attack in Hakkari last week, asking why drones were used when the villagers, under suspicion of supporting a terrorist group, could have easily been detained, Evrensel reported on Wednesday.

The HDP team met with witnesses and included their testimony in the report, which in conclusion asked why villagers accused of supporting the outlawed Kurdistan Workers’ Party (PKK) were able to pass through the Depin checkpoint just before the attack even though they underwent an identity check. The report asked why these people were not detained at the checkpoint and why armed drones were used when there was a possibility of catching them.

The report said one of the villagers who heard the sound of the attack informed other villagers, and they carried two wounded people to the hospital. In the meantime, Turkey’s Interior Ministry announced that four militants in Hakkari were neutralized, while local sources said four villagers who were having a picnic were attacked by drones, which led to the death of one and seriously injured the other three.

The Hakkari Governor’s Office released a statement on Sept. 1 claiming that they were civilians cooperating with the PKK.

Turkish Interior Minister Süleyman Soylu had on Saturday that said mistakes can be made in the fight against terrorists.

“We see a lot of terrorists. I mean, we see many terrorists with drones. We have never initiated an attack against someone who is not identified as a terrorist or a civilian together with a terrorist. But mistakes can be made,” Soylu said on Saturday concerning the drone attacks.

“What we understand from Süleyman Soylu’s statement is that the security forces can kill anyone during operations. No investigations will be launched in those cases. That is to say, Soylu has issued a blank check for civilian killings,” said HDP deputy Ziya Pir during a press conference broadcast on the HDP’s Twitter account on Monday.