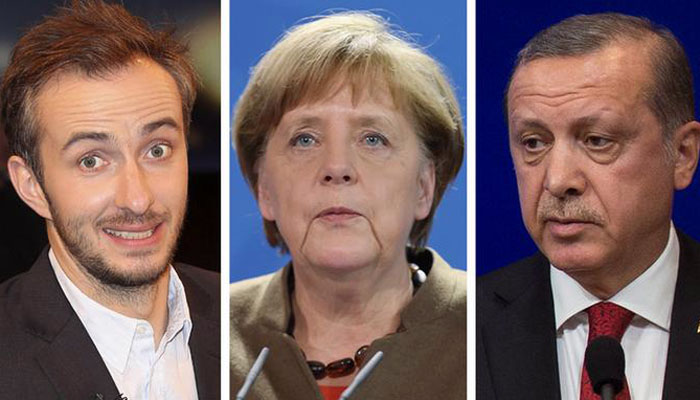 Merkel had called the comedian’s poem about Erdoğan, which caused a diplomatic crisis between the two NATO allies, “purposefully offensive.” According to German media, Böhmermann threatened Merkel with legal action if she does not retract her statement about his poem.

The comedian’s lawyer argued that Merkel’s remarks were not lawful since preliminary proceedings were under way against Böhmermann when she made the statement, which led to “considerable consequences.”

Böhmermann had read an offensive poem about Erdoğan on ZDF TV in March 2016, which led to the delivery of a diplomatic note to Germany from the Turkish government. Turkey had asked the German Foreign Ministry to put Böhmermann on trial on charges of “insulting a representative of a foreign state.”

A Mainz prosecutor in April said the office had received some 20 complaints from “private individuals” about Böhmermann’s poem, automatically triggering the opening of preliminary proceedings. The German government approved an investigation into the comedian for insulting a foreign leader.

However, the Mainz prosecutor later released a statement saying that there were not sufficient grounds for a criminal investigation into the comedian, upon which Erdoğan’s lawyers submitted an objection. The office of the prosecutor announced that Erdoğan’s objection would be evaluated by the main prosecutor’s office in Koblenz.