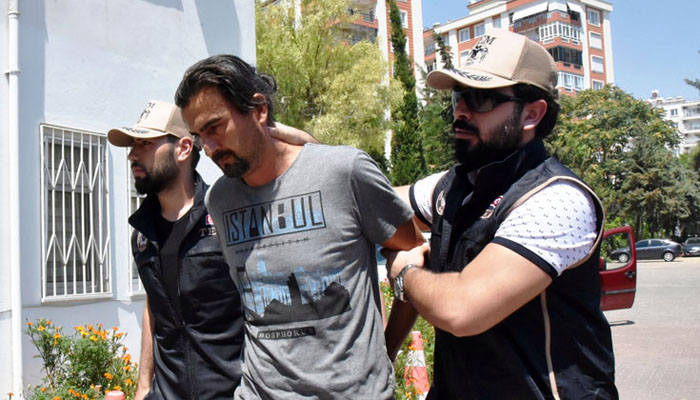 Army Aviation Command Attack Helicopter Squadron Commander Lt. Col. Özcan Karacan, who was recently detained in Antalya over his alleged role in a failed coup last year, said during interrogation that he intentionally participated in the coup attempt thinking it was coming from within the chain of command of the entire Turkish military, including the chief of general staff.

According to a Cumhuriyet daily report on Monday, Karacan said during questioning after his detention on Aug 16 that Army Aviation School Commander Brig. Gen. Ünsal Coşkun told him that Chief of General Staff Gen. Hulusi Akar was surrounded by police helicopters in Ankara and that he had to order his helicopter team to attack the police helicopters.

Underlining that he thought the entire Turkish military was participating in the coup attempt on the night of July 15, 2016, Karacan said Land Forces Commander Gen. Salih Zeki Çolak and a group of high-ranking generals visited the Army Aviation Command on the morning of July 15 but didn’t give any orders about a planned coup.

Karacan said if the Sikorsky pilots had used all their ammunition and the ability of the helicopters against the police aircraft and other forces resisting them, there would have been more fatalities during the coup attempt.

He said he never gave orders to kill anyone who resisted the coup attempt and even played a role in preventing clashes among soldiers when a gendarmerie team came to the command on the morning of July 16.

After the putschists failed, Karacan said he left the command and hid in İstanbul, Ankara and Antalya with a fake ID provided by Syrian refugees.

Karacan also admitted that he had soldier friends who are sympathizers of Fethullah Gülen, who is accused by the Turkish government of masterminding the failed coup. However, he denied that he received orders from Gülen followers to stage a coup.

Karacan was apprehended in an apartment in Antalya on Aug. 16 and was taken to Ankara to stand in trial.

Immediately after the failed coup, Turkish President Recep Tayyip Erdoğan and Justice and Development Party (AKP) put the blame on the Gülen movement and launched a widespread witch-hunt against its followers. The movement and Gülen deny any involvement in the coup attempt.

Turkish Justice Ministry announced on July 7 that at least 50,504 people have been arrested and 168,801 are the subject of legal proceedings.