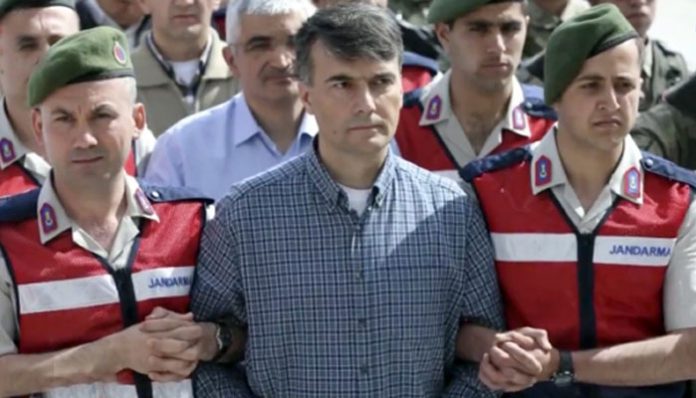 Staff Col. Ahmet Özçetin, a suspect in the July 15, 2016 coup attempt trial and former operations commander at Akıncı Airbase, which Turkish authorities believe was the control center of the coup attempt, said on Friday that members of the National Intelligence Organization (MİT) visited and got information about the airbase days before the failed coup.

Speaking during his defense at the Ankara 17th High Criminal Court in Ankara’s Sincan district on Friday, Özçetin said a group of 40 MİT members visited Akıncı Airbase one-and-a-half months before the July 15 coup attempt and that Lt. Col. Nihat Altıntop gave them information about the airbase including the ammunition stored there.

When the presiding judge asked whether he had information about two foreign soldiers who visited the airbase before the coup attempt, Özçetin said: “There is information about them that they came for an ‘intelligent’ ammo inventory. However, I can only answer your question after the courtroom is emptied as it involves top state secrets.”

Akıncı Airbase has been the center of controversy as the government claimed it was the control center for the failed coup and where Chief of General Staff Gen. Hulusi Akar was allegedly taken hostage by soldiers who are now standing trial as suspects.

According to the testimony of several soldiers, including the commander of Akıncı Airbase Brig. Gen. Hakan Evrim and former Air Forces Commander Gen. Akın Öztürk, Akar was not a hostage at Akıncı Airbase as he left there of his own free will on the night of the coup.

During the hearing last Tuesday, Evrim said he was surrounded by armed men and soldiers on the night of the coup and was threatened to support the putsch. He also added that Akar was in his office when he was directed by putschists to welcome him and was not in a hostage situation as he later left the airbase for Çankaya palace.

Two hundred twenty-one suspects, including generals, accused of being ringleaders of the failed coup attempt on July 15, are standing trial at the Ankara 17th High Criminal Court.