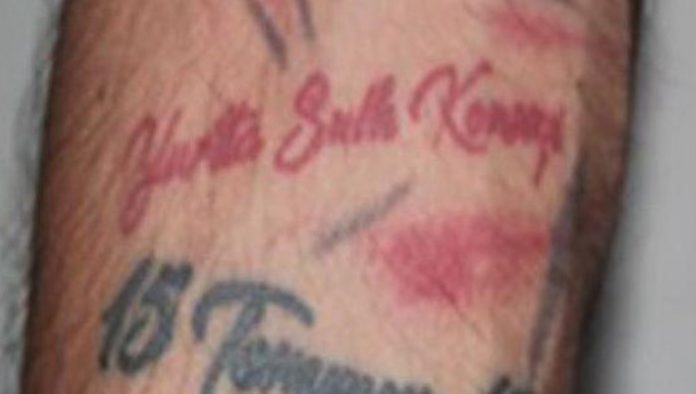 A man with a tattoo on his arm reading “Peace in the country council” has been detained in Kayseri on charges of “terrorist propaganda” and insulting state authorities, CNN Türk reported on Thursday.

Kaan Ayhan, a man working in a package store, was detained on charges of disseminating terror propaganda on behalf of the faith-based Gülen movement and insulting Turkish President Tayyip Erdoğan and the government of the Turkish Republic on his social media account, as part of an investigation by the Kayseri Chief Public Prosecutor’s Office.

Ayhan had tattoos that read “15 July 16” and “Peace in the country council.”

Thousands of people in Turkey are under investigation for insulting President Erdoğan.
The Gülen movement is accused by the Turkish government of mounting a botched coup attempt on July 15 of last year. The movement denies any involvement in the coup.