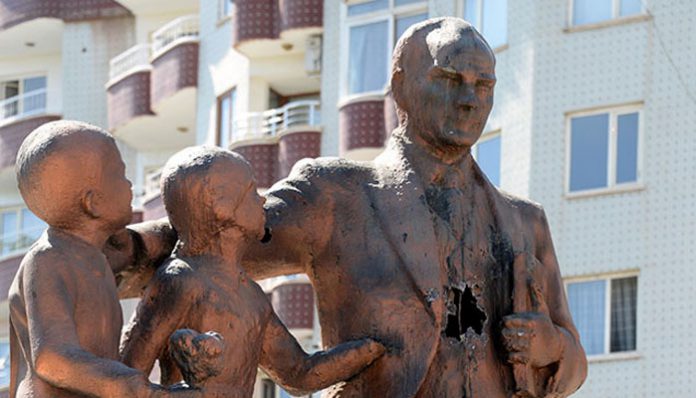 İbrahim Yeşil, 30, was detained by police on Saturday after he attacked a statue of Mustafa Kemal Atatürk, the founder of modern Turkey, in Diyarbakır.

According to the Doğan news agency, Yeşil climbed to the pedestal of the statue in Şeyh Said Square at 2:30 p.m. and began to pound it with a hammer.

Police immediately intervened and took him to police headquarters.

The chest and arms of the statue were damaged by the hammer blows.

Mehmet Malbora, who attacked a statue of Atatürk with a sickle in the Siverek district of Şanlıurfa province, saying it represented idolatry, was arrested by a court on July 31.

Malbora’s family said he was a drug addict.