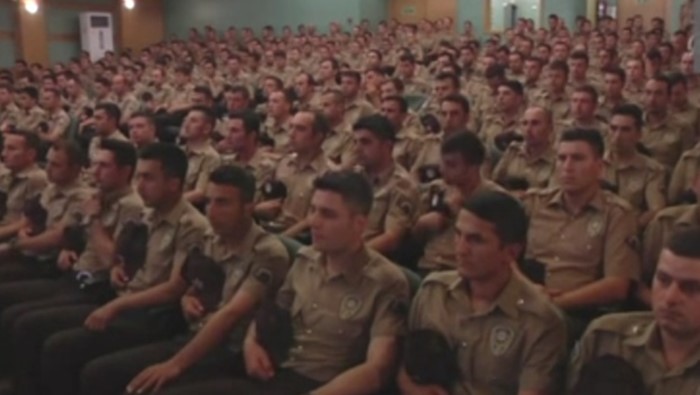 In accordance with a decision of the government to reinstate the neighborhood guard system, 386 neighborhood guards will start patrolling in İstanbul beginning on Monday night, the state-run Anadolu news agency reported.

Neighborhood guards, called “Night Eagles,” have trained with the Special Police Force and will be on duty from sunset to sunrise. They will start out working with police officers but will later patrol in pairs in every neighborhood.

Speaking to the neighborhood guards before starting their job, İstanbul Police Chief Mustafa Çalışkan called on the guards to not hesitate to use their weapons when necessary.

The Turkish government announced it would employ 7,000 people as neighborhood guards In a state of emergency decree on April 29.

2 journalists detained in Ankara for protesting arrest of 16 colleagues

2 journalists detained in Ankara for protesting arrest of 16 colleagues